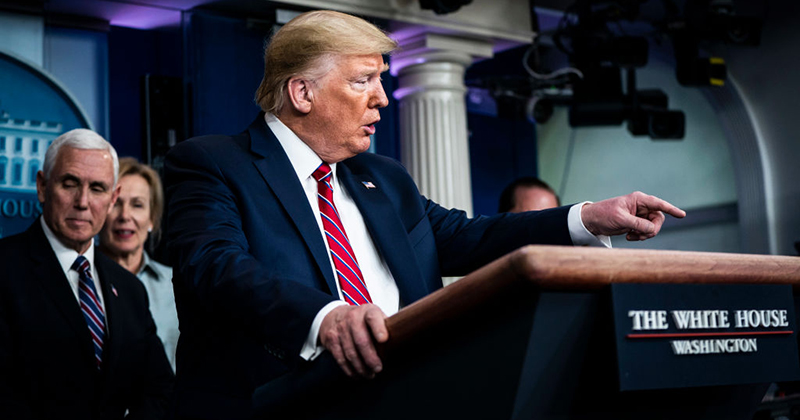 Calls are increasing for cable networks to stop airing President Donald Trump’s press conferences live as critics believe Trump is turning White House news briefings into virtual campaign rallies that can “get people killed” with lies about the Coronavirus crisis.

The pressure only increased after Trump’s Friday briefing.

The Atlantic’s James Fallows believes the attention-starved Trump is turning the press conferences into “virtual campaign” rallies and Trump would actually lose interest in showing up if the media did not cover the briefings live.

“Also, as a practical matter, if the briefings were no longer covered live, Trump would lose interest in attending himself,” Fallows argues. “Then the scientists could come back on stage—and eventually they could be covered live again.”

Owen gets a call from Rachelle, who grew up next to Trump in Queens, and she confirms that he is a true patriot.

Fallows noticed that Trump only “dropped his previous pooh-poohing of the virus threat” and “struck a somber” tone for just a day before reverting “back to the more accustomed tone of tweets and his rallies. In those settings he has had two constant themes: that he is so great, and that his critics are such cheating losers, each point usually based on information that was false”:

The tone, and the false data, returned yesterday. Much of what Trump said was false: Most dramatically, his claim that the FDA had just approved use of an anti-malaria drug for treatment of COVID-19, and that it would be a “game-changer.” (FDA officials immediately clarified that they had done no such thing.)

Trump’s new fondness for these “briefings,” and their increasing conversion into Trump campaign rallies with scientists rather than local-government officials as the supporting cast, should cause cable-news producers to reflect on the path they are headed down.