Answer: No. And not for reasons of policy or politics, but of national character — that is, what remains of such.

For, once upon a time in the early history of modern banking, a common belief among all rational analysts of the system was an aversion to what was then referred to in those rose-tinted 19thcentury decades as “speculative political economy.” At the time, central banks carefully managed their status as the symbol and paragon of national pride, responsible as that institution was for the maintenance of three basic principles of fiscal agency. First, that a central bank, above all, must honor its reputation as a ‘pillar of public credit’; secondly, that the central bank both worked with while remained wary of the State; third, that the central bank had to retain a superior position to private banks, and did so by disciplining itself to preside over high reserve ratios and the strict administration of credit.

Compare that assessment with that of James Grant, of Grant’s Interest Rate Observer, who stated in an excellent interview with a Swiss newspaper in August 2016: “Over the past 100 years, collective responsibility in banking has replaced individual responsibility. The government, with the introduction of deposit insurance, new regulations, and interventions, has superseded the old doctrine of the responsibility of the owners of a property. That is why we need to go away from government intervention and go more towards market-oriented solutions such as the old doctrine of the responsibility of bank owners.”

Grant’s citing of the “old doctrine of the responsibility of bank owners” is key here. While the sage analyst was speaking of private banks in general, his point applies to the contemporary culture of central banks as well. Ideally, the purpose and role of the central bank is to be to other banks what banks, ideally, are to the individual. While no chapter in the history of those banks is by any means scandal, scoundrel, or mismanagement-free, the “bankers’ bank” was, in theory and to a great degree in practice, defined by one signature distinction above all: that individual and national character played a key role in the guiding principles of their management.

The Federal Reserve, the European Central Bank, the Bank of Japan and every other clone of their genus will never reform themselves in a manner ultimately constructive to monetary policy because of the absence of such an outlook, one made possible in its day by a sense of restraint and consciousness of reputation that were social imperatives — not to mention economic ones. The idea of “character” seems quaint and vague as an argument where the tortured complexities of modern money-printing and digit-creation are concerned. However, it is this lack that is the ultimate source-origin of the unspeakable recklessness that has gone on.

All this to say that the issue of the Fed and other central banks is one of entrenched mentality versus exhausted reason, and all of the rational recommendations in the world won’t penetrate until there is a massive institutional reset or a Dr. Paul-like outright elimination. The shuffling about of Fed chairmen cannot and will not affect anything. President Trump could have done away with Janet Yellen early on, and it is telling he did not. The writing is on the wall and it is, as ever, the same hand gripping the same bilge-soaked pen. If the president appoints Kevin Warsh of the Federal Reserve Board, who is apparently campaigning ambitiously for the position, there could be an enlightenment changing of the guard next February, but it does not seem likely. Mr. Warsh was much admired by former Fed Chairman Bernake, so it would be best not to hold one’s breath.

Thus, there will be no reining in of Fed policies, or those of its shadow-self, the ECB, unless the institution of the central bank itself is reconstituted according to fundamental principles integrity and restraint in a way that reflects the very character of those individuals governing such bodies. During the better years of the central bank era, factors of personal and institutional character as well as cultural consistency, while elusive in definition, bore an immeasurable influence on the power of these banks. Walter Bagehot characterized the Bank of England (chartered in 1694) as the “bankers’ bank” in 1877 and, apart from the Bank of Amsterdam (chartered in 1609), the Bank of England is said to have commandeered the most positive influence on public prosperity in its day.

As I stated in a previous article on the classic gold standard, the Bank of England had been the financial center of the universe, whose tight grip on its credit policies was so disciplined that the bank secured the top spot among central banks while not even holding the largest gold reserves. For this bank, the protection of reserves was the chief, and only important, criterion of credit policy, and England became the leading exporter of capital, the free market for gold, the international discount market, and international banker for the trade of other countries, as well as her own. In this sense, the world was on the sterling standard.

When the empire of Napoleon I was on the verge of collapse, a run upon the Bank of France compelled it to reduce its holdings of commercial paper early in 1814. But when the Second Empire fell in 1870, the situation was far different, partly because the fate of the bank was no longer bound up with the fate of the state. “While the credit of the state staggered under the weight of our reverses and our errors”, stated an imperial official at the time, “the Bank of France preserved its own, firm and intact”.

Switzerland also required high standards of its National Bank, founded in 1907. By the 1930s that country had higher banking reserves than the US; the Swiss franc was never explicitly devalued, unlike nearly every other Western nation’s currency, and the country’s domestic price level remained the most stable in the world

In addition, the separation of politics and economics, while often blurred, was understood as a principle to be critical to the efficiency of the banking sector and to ensuring the public trust. When organizing the famous Swiss Banking Secrecy Act of 1934, Swiss bankers successfully eluded the Socialist government, which sought to impose “supervision” of those banks. When the question of supervision came to the fore in the summer of 1931, the Neue Zürcher Zeitung published an editorial attacking the idea of entrusting such oversight to the Confederation. The editorial stressed that in no way the state “should have access to the financial situation of the banks’ customers”, which, it warned, would provoke the withdrawal of depositors.

The Socialist Party conceded, stating at the time: “Government bank supervision is desirable neither for the State nor for the people…The intervention of official investigators would alarm…customers who attach great importance to the preservation of discretion on which they want to be able to rely.” There is a good example of the banks and the State knowing their respective proper place.

To assist cautiously in government finance; to act as a banker to the government and as a bank to the rest of the banking community; to oversee the maintenance of sound credit conditions, the management of centralized note-issue and the administration of a centralized banking reserve — these are the real functions of the bankers’ bank. It is an outlook that may have gone out of fashion, but one, as we see, that can never go out of style.

It is odd to consider how banks in general today seem to curiously underestimate the psychological complexity of the relationship of a man to his money, and how the aura of deep conservatism, frugality and moderation is still so very attractive in banks—whether private, local, central, etc. A silly obsession with “convenience” has undermined the critical aspect of banking culture, whereby the safeguard and growth of money can only be trusted to custodians of steadfast principle. A central bank, or any bank, that combines an aura of discretion and prestige; of high culture and low profile; of transparency and strict rules of conduct would earn the respect of a nation, in addition to that of the free market. Such banks are no more, as such bankers are no longer. 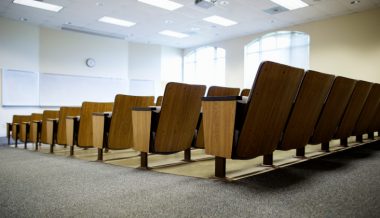