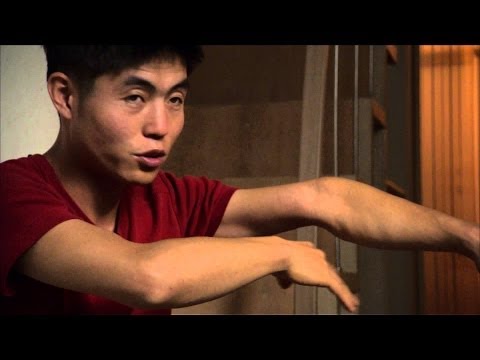 Can a person born into slavery ever truly understand the sanctity of freedom?

Shin Dong-hyuk is the only person to have ever escaped from a North Korean death camp and lived to tell the tale.

He was born inside Kaechon internment camp (Camp #14) and remained there for over 22 years, witnessing the public execution of his mother and brother, suffering torture, beatings, near starvation and all manner of cruel and inhumane punishment.

Having risked his life to escape the camp and defect to South Korea, Dong-hyuk is now a noted human rights campaigner who travels the world speaking about the Stalinist dictatorship of North Korea and its infamous network of internment camps in which some 200,000 prisoners are incarcerated.

The outstanding documentary Camp 14: Total Control Zone tells Dong-hyuk’s harrowing story, while also featuring interviews with former camp guards who describe how they were given complete power to torture and kill camp inmates at their own discretion.

Dong-hyuk chillingly describes how he felt no emotion whatsoever at seeing his mother hanged and his brother shot as a result of him informing on them after he overheard the two discussing an escape plot. This emphasizes how the unremitting indoctrination and brutality of the state, in its most savage form, even has the power to obliterate the ability to embrace the innate concepts of family and love.

In another clip, Dong-hyuk explains how an old man with whom he shared a cell saved his life by tending to his wounds after a barbarous torture session at the hands of camp guards.

“I was 14 and the first time in my life I got human affection….I had never felt before that human beings could be social animals,” said Dong-hyuk, adding that he never experienced such feelings outside the camp.

However, the most incredible aspect to Dong-hyuk’s story is that he actually wants to return to the prison camp in which he was born because he preferred his simple existence there in comparison to life in ultra-modern South Korea.

“I would like to return to North Korea – my home – to a labor camp for prisoners….I want to live at the camp where I was born,” said Dong-hyuk, adding that he preferred the suffering of beatings and starvation over the suffering of not having enough money in South Korea.

Noting that he rarely ever saw anyone commit suicide in the camp yet saw stories on the news every night about South Koreans killing themselves, Dong-hyuk said he missed life in the camp.

“I missed the innocence and the lack of concerns I had. In the camp where I lived I had a pure heart – I was really naive, I didn’t have to think about anything,” said Dong-hyuk, adding, “I miss the purity of my heart, I don’t know how else to say it, I miss my innocent heart.”

Dong-hyuk’s story serves to illustrate a chilling proposition – can someone who has only ever known slavery ever yearn for or even understand the concept of freedom?

Can the “lack of concern” that Dong-hyuk describes be translated into a contemporary context, with billions of people content to remain imprisoned within their own self-imposed jail cells for fear of stepping outside their comfort zone and exercising their freedoms?

Dong-hyuk’s sentiments reveal the allure of statism in its most undiluted expression – the ability to induce the most potent form of Stockholm syndrome within the slave by offering total protection from all external and unforeseen influences, thereby eliminating the need of the individual to even think about never mind exercise any form of free will.