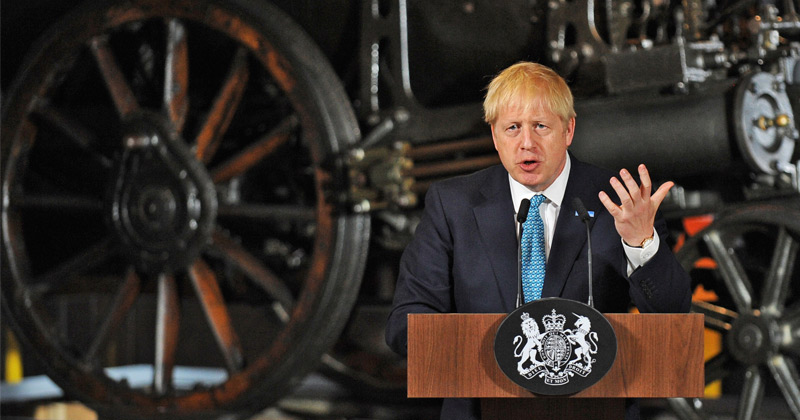 It should have been no surprise that Boris Johnson is now Prime Minister.

It should also be no surprise he will implement Brexit on 31 October, the last date agreed between Mrs May’s government and the EU. Johnson was elected by Conservative constituency members to do just that. His cabinet appointees are fully supportive, including ex-Remainers (that’s politics!) and he has appointed an aggressive rottweiler, Dominic Cummings, as his Brexit enforcer. Already, his influence over Brexit strategy can be detected. There are no compromises to be had, a point which slower minds in the commentariat find difficult to comprehend and accept.

It is likely there will be an agreement on the way forward after Brexit, which could involve a transition period, but nothing like that agreed with Mrs May. If, as seems unlikely, the EU digs its heels in, the UK will walk away. That is the message being given by the new administration.

The establishment media are still wrong-footed on Brexit. The BBC, and others, have been too idle to analyse properly, taking their information from biased pro-remain sources and politicians who are out of the loop. They are still doing it. Disinformation is substituted for truth.

The EU, disinformed by Remainers including a chorus of past ministers and prime ministers, has relied on the divisions within Parliament to put Britain into a political and economic stasis. Their repeated utterances (there will be no new negotiation, the withdrawal agreement stands, etc.) reflect the continuation of the EU’s established position. That is likely to change, because the EU will find it is forced to accept the dangers to its own position.

There is a crucial difference between the new cabinet and its predecessor. In Johnson, as well as ministers such as Rees-Mogg, Raab, Javid and Gove there appears to be an understanding of and commitment to free markets, unlike anything we have seen since Margaret Thatcher. Obviously, the strength of that commitment is yet to be tested.

The new reality and the dismissal of the old socialising compromisers should swing Parliament behind the instructions given to it by the electorate in the Brexit referendum. An advertising campaign to prepare everyone for Brexit without a deal starts now. The strategy is not to go to Brussels (UK-US is being negotiated first) but only when Brussels comes to its senses will a dialog commence. Facing a lost cause, Remainers are likely to melt like midsummer hailstones, and the euro-nuts, like Dominic Grieve, will sink into obscurity.

The electoral consequences are appalling for the Labour Party. By changing from its conditional support for implementing the Brexit referendum to demanding a second one with the intention of overturning the first, they have almost guaranteed that in a general election they will face a wipe-out. This is important, because it means that they have no incentive to table a vote of no confidence in Johnson’s government. They have already gambled and lost.

Because of Labour’s bad call it looks like Boris’s government will get its way and is here to stay, not only through Brexit, but beyond. The EU will have to get used to it. The Europeans have lost control over the negotiations and seem unlikely to get more than a pittance of the £39bn settlement agreed with Mrs May. When Boris refers to our friends in Europe, he actually means our adversaries. When he refers to his preference for a deal against no deal, he means a deal only on his government’s terms. Already, trade negotiations are commencing with America, existing EU trade agreements with other significant nations will be simply novated, and the whole of the Commonwealth, including populous India are ready to sign up.

This is the new reality and Dominic Cummings’s task is to ensure all government departments are firmly on message. There is bound to be a little drift from this black and white, but the process of political destruction now moves from London to Brussels. Having made such a fuss of it, the Irish border is a non-issue. The UK has no need to put in a border. With lower UK tariffs, ownership of the problem is fully transferred to the EU and the Irish government.

Assuming the Treasury has already made provisions for it, Boris needs the £39bn promised by Mrs May to the EU to be reallocated to a mixture of the health service, education, law enforcement and tax cuts. Then there’s that infamous £350m per week, which was on the side of the Brexit bus. That was gross of the Thatcher rebate, so the actual figure is closer to £275m per week, and there was an amount within that spent in the UK under the EU’s sole direction. That left £181m in 2016, sent to Brussels for the privilege of EU membership, or £9.4bn per annum. How much of that can be diverted for funding government spending depends on the new government’s tariff policies. There is no doubt that from a purely economic point of view they should be removed in their entirety.

By not paying the planned £39bn divorce settlement and gaining the £9.4bn net annual payments to the EU, Johnson has some wriggle room when it comes to funding his spending plans and tax cuts. Without it, he will have to rely on inflationary financing, and hopefully there are enough wise heads in the cabinet to dissuade him from going down that road. Therefore, if only because of the money, the odds strongly favour a hardball approach on Brexit negotiations instead of compromise.