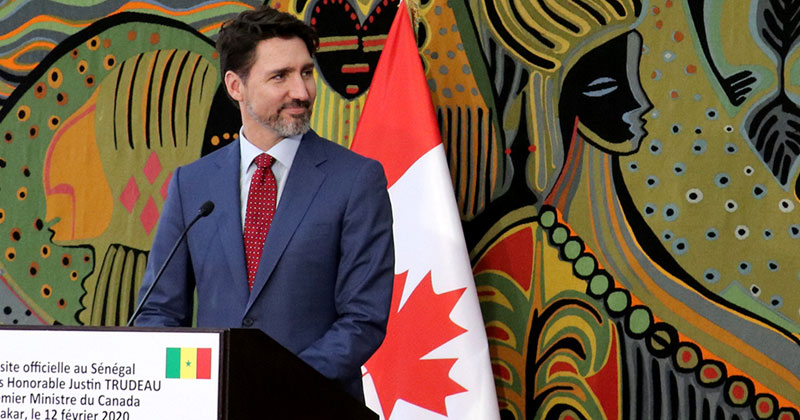 To limit the spread of COVID-19 in Canada, “The federal government has advised Canadians to stay at home and limit their contact with others if they have been diagnosed with the virus, exposed to someone who has or if they traveled outside the country within the past 14 days.”

In Quebec City, police arrested a woman Friday who was infected with the virus and who was walking around outside after being mandated to stay indoors. The arrest was the first time Quebec City’s public health director issued an order to police under emergency powers granted after Premier Francois Legault declared a public health emergency March 14.

Dr. Horacio Arruda, the province’s chief medical officer, told reporters Saturday that regional health directors across the province “will have no problem” ordering police to make arrests and ensure people carrying the virus are isolated.

In Ontario the provincial police issued a notice Friday warning people that they could face fines of $750 if they defy the “expert advice provided by the chief medical officer of health to close certain businesses and institutions and limit gatherings to 50 people or less.” Corporations defying orders can face a fine of $500,000.

In Saskatchewan, people not following isolation orders can also face fines or arrest.

Section 2 of the Canadian Charter of Rights and Freedoms states that everyone has the freedom of assembly and freedom of association. To forcibly confine someone in their own home is to deny them these freedoms. However, Section 1 of the Charter says that these freedoms are “subject only to such reasonable limits prescribed by law as can be demonstrably justified in a free and democratic society.” This means the Charter is a sham, because the government reserves the right to arbitrarily decide when it will grant civil liberties and when it will deny them. Thus, Health Minister Hajdu said:

When people are playing loose and hard [sic] with the rules like this it does actually put our civil liberties at jeopardy. It makes governments have to look at more and more stringent measures to actually contain people in their own homes.

Therefore, to disobey a government quarantine order is not the act which gives rise to a loss of civil liberties, but simply reflects an attempt by individuals to exercise the few civil liberties they have left.

Has it occurred to the health minister and the various provincial authorities that their draconian measures may be counterproductive? When people read about arrests, fines, and forcible confinement, is it not likely that many of them will be discouraged from seeking a diagnosis, fearing that a positive test will put them in the crosshairs of the authorities? It is possible that a positive test would otherwise prompt them to voluntarily isolate themselves—perhaps not 100 percent isolation, but close to it. In contrast, when faced with the jackboot of government, many people may simply skip the test and convince themselves that they do not have the coronavirus, and thus make little effort to isolate themselves.

Politicians and Bureaucrats Are Not Omniscient

The political response to the spread of the coronavirus demonstrates that the government does not recognize any limits to its authority. Politicians consider themselves to be omniscient as they formulate policy, i.e., the government is always right.

The reality is that the various aspects of the pandemic—as with all pandemics—are incredibly complex. There is much that we do not know, meaning that politicians and bureaucrats do NOT have access to a sufficient amount of reliable data on which to justify their policies.

However, we do know that millions of Canadians get the flu—which is contagious—resulting in about 3,500 deaths annually, compared to 21 deaths from the coronavirus as of March 22. But we don’t see the government violating civil liberties under the pretense of stopping the spread of the flu.

More to the point, there is no justification for any government policy which violates civil liberties. If the government has any role in the coronavirus crisis, it should be limited to the dissemination of information and advice—advice, not orders. Individuals should be free to consider this information and advice, as well as that provided by other sources. Naturally, each of us will assess the risk differently, just as we assess risk differently in other aspects of our lives. We must be free to make our own decisions based on our own personal circumstances.

Those who believe that there is a high risk of contracting the virus, and a high risk of severe symptoms or death, will rarely leave their homes and will likely wear gloves and a mask if they do venture out. Those who believe that these risks are low will stick to their normal daily routines. Still others will modify their behaviour to various degrees.

Decisions must remain in the hands of those affected by them. In the past, whenever I made a decision to attend a hockey game, a baseball game, or a music concert surrounded by thousands of other people, I accepted the fact that my decision could have unpleasant consequences. I could catch the flu from the person sitting next to me. Among the many thousands of people in attendance at these events, the odds are that one or more of them will have something that is contagious. I am pretty sure that most adults realize this.

Moreover, I think that it is fair to say that the vast majority of people have, on one or more occasions during their lives, gone to school, to a job, to a game or concert, to a party, to the mall, when they have a cold or the flu or something else that is contagious. We all know this. We have seen it with our own eyes. The risk of infection cannot be eliminated, not even by the government. In fact, governments often make things worse when they “take action” in response to a supposed crisis.

Aside from the violation of civil liberties, the government appears oblivious to other likely consequences of its policies. On March 12, the National Hockey League temporarily suspended its season and players were asked to isolate themselves. One week later, Ritch Winter, a player’s agent, said:

Though this player was not under a government quarantine order, he left his home after just one week, and it is not surprising. We should expect serious consequences if the government continues to violate civil liberties. Forcible confinement in one’s home may result in high levels of mental stress and anxiety, not only for those confined, but also for their families or roommates. This compounds the stress and anxiety which many of them may already be experiencing as a result of losing employment income because the government has shut down numerous businesses. Furthermore, stress and anxiety weakens the immune system, which means that these people will be easier targets for COVID-19, which is contrary to the government’s supposed goal of limiting its spread. Finally, will high levels of stress and anxiety lead to more suicides, homicides, domestic violence, and divorces?

The various levels of government in Canada have responded to the coronavirus pandemic. Their ill-advised solutions are to inflict economic hardship and withdraw civil liberties. The longer these authoritarian policies persist, the greater the risk to the social fabric.