Illegal immigrants are pouring into Canada from the United States where they are welcomed by Canadian border patrol and transported to holding centers in sanctuary cities to be ‘resettled.’

A steady drip of border jumpers has recently swelled into a torrent on a formerly quiet country road running from New York into Quebec province, video footage from investigative reporter Faith Goldy reveals.

Hundreds of migrants are now brazenly walking across the international boundary, where the Canadian government has created a welcome center of sorts, beefing up patrols in the area, erecting gazebo tents to shelter ‘newcomers,’ and deploying large vehicles to ferry them and their luggage deeper into Canada on a 24/7, load-and-go basis. They have even created a bridge across a stream that serves as the dividing line so migrants won’t get wet while they violate Canadian law.

In a single day recently, 500 people used the crossing, and reports indicate the surge remains steady.

“The numbers have exploded in the last week and a half,” said Fortin. “My colleagues at the border said it was a similar day today (Wednesday).”

“It takes eight hours to actually conduct one file, so if you’re multiplying that by 500, it gives you an overview of the amount of work it’s generating for our officers right now.”

Approximately 15 people are crossing per hour, with roughly 70% being males and virtually all being foreigners from Haiti, Africa, and South and Central America.

They leave behind them a trail of garbage, including plane tickets, diapers, and (used) condoms before making the short trek into the arms of waiting Royal Canadian Mounted Police officers, who inform them that they are breaking the law, before escorting them to a waiting area.

They are soon loaded into a shuttle bus, and typically taken to the Olympic Stadium in Montreal, which has been converted into a massive migrant encampment – and is already bursting at the seams as Montreal opens more shelters to receive illegal immigrants and lavish them with perks and handouts.

“Officials in Montreal have opened a new temporary shelter for asylum seekers in a building that once housed a convent, and said on Monday the city has received a demand to open even more spaces for migrants crossing the Canadian border,” reports the Toronto Sun. “While hundreds of asylum seekers — many from Haiti — are already being housed at Montreal’s Olympic Stadium, city councillor Harout Chitilian told reporters the city is being asked to do more.”

“Quebec Immigration Minister Kathleen Weil said in a news release on Monday that 2,388 asylum seekers are currently being housed temporarily in Montreal.”

“Of this number, a little more than 700 people are staying in the Olympic stadium waiting for access to permanent lodging,” she said. 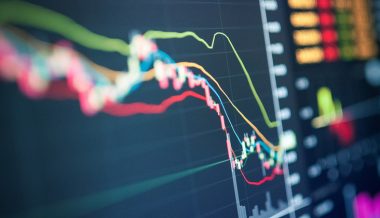