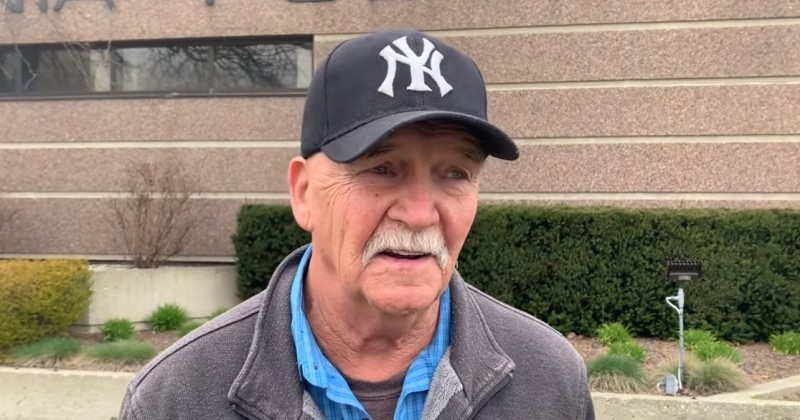 A Canadian man who was hit with a $880 fine for walking his dog outside his apartment in violation of a quarantine law had the fine increased to $1200 dollars after media coverage of the incident.

Retired carpenter Pat McHenry of Sarnia, Ontario, took his pooch outside to his apartment building parking lot so the dog could have a bathroom break. McHenry took the stairwell instead of the elevator to avoid other tenants.

Upon returning, McHenry was met outside his unit by two police officers who handed him an $880 ticket for “breaching a COVID-19 safety precaution.”

But that wasn’t the end of the story.

After a Rebel Media contacted Sarnia Police and visited their headquarters in an effort to obtain a comment, McHenry received a second visit from the cops.

“I had a knock on my door, it was a very loud knock and I knew intuitively that it was the police because nobody knocks on your door that loud,” said McHenry.

One of the officers told McHenry that he had “good news” for the 72-year-old; His original $880 fine had been withdrawn.

However, he immediately presented McHenry with a new $1225 fine for violating the Quarantine Act.

The increase of the fine appears to be purely based on the police being vindictive over McHenry speaking to the media.

A website has been set up to help McHenry fight the case in court.