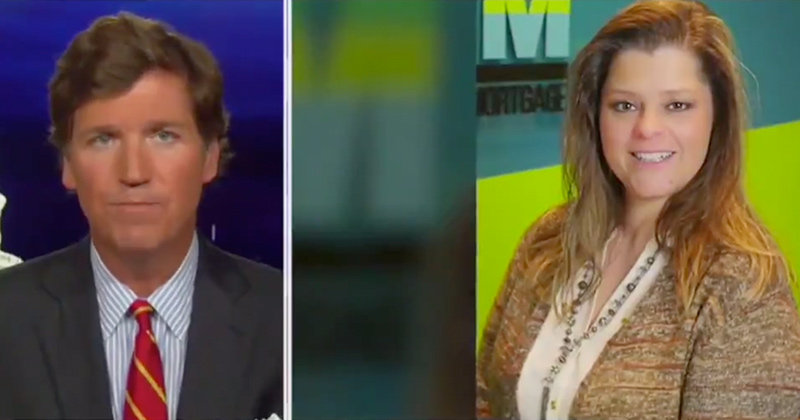 The stepmother of Altanta, Georgia police officer Garrett Rolfe, who is being charged with felony murder for shooting Rayshard Brooks, has been fired from her job.

In an era where old tweets or defending the American flag can get someone “canceled” by society, we have officially entered the phase where simply being associated with someone being targeted by the mob can get you into trouble.

“As an employer, it is imperative to maintain a safe environment for all employees,” the company stated. “Melissa Rolfe’s termination was a direct result of her actions in the workplace and violation of company policy.

“She ultimately lost the confidence of her peers, leadership, and many employees who no longer felt comfortable engaging with her,” the statement concluded.

“Until today, his [Garrett Rolfe] stepmother, her name is Melissa Rolfe, was the HR director at a place called Equity Prime Mortgage in Atlanta, Georgia,” Carlson said. “But today, she was let go. She’s no longer in that role. Apparently she was fired and her only crime was being officer Rolfe’s stepmother.”

He continued, “According to a source familiar with the matter who spoke to this program, Rolfe was promised that her job was safe, but today she was told, ‘We have to terminate our relationship with you.’ No other explanation was offered and honestly, no other explanation was needed. It was obvious what happened.”

“Rolfe has already been scrubbed from the company’s website, wiped away as the Bolshevik’s did with those who lost favor with Joseph Stalin,” Carlson added. “That will keep happening until lawmakers decide to resist the mob and protect ordinary people from its predations. This is where the country is going, it’s becoming a place where you can be punished for the supposed misdeeds of your relatives. You don’t want to be that country. All of us should put on the breaks immediately.”

“The bottom line is, it seems pretty clear they fired this woman because of who her stepson was, and just to restate the obvious, that shouldn’t happen in this country because it’s wrong and people should say it’s wrong or it will continue to keep happening.”

Tucker Carlson reports that @Equity_Prime Mortgage in Atlanta has fired the step mother of police officer Garrett Rolfe, who was charged in the shooting of Rayshard Brooks. pic.twitter.com/RtJhNyyd2F