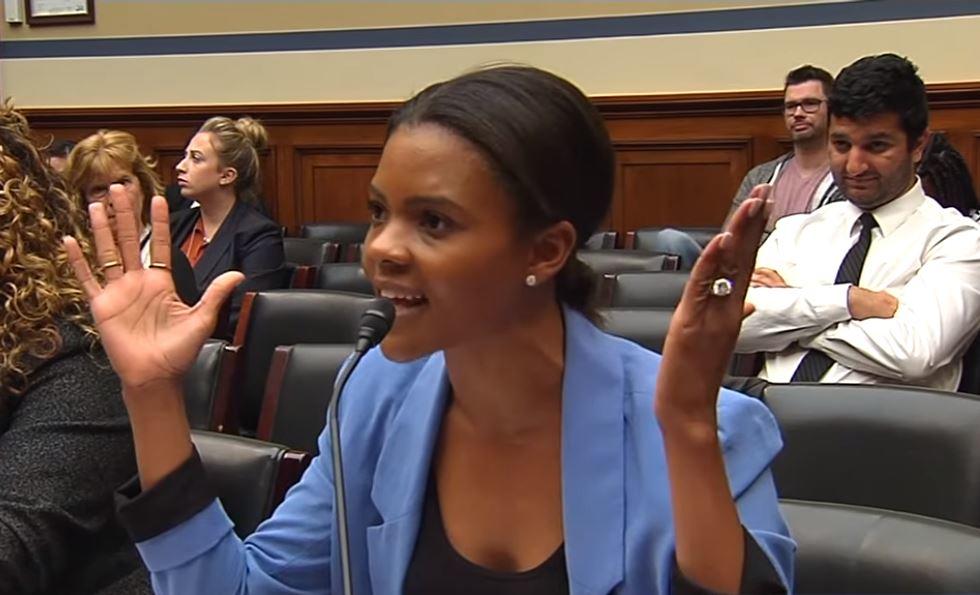 Conservative black activist Candace Owens told a congressional panel on Friday that white supremacy has a minimal impact on the black community, and that America should instead focus on black-on-black crime and the breakdown of the family.

“White supremacy is indeed real, but despite the media’s obsessive coverage of it, it represents an isolated, uncoordinated and fringe occurrence within America,” Owens told lawmakers during a hearing on confronting white nationalism.

“If we’re going to have a hearing on white supremacy, we are assuming that the biggest victims of that are minority Americans,” she added. “And presumably this hearing would be to stop that and preserve the lives of minority Americans. Which based on the hierarchy of what’s impacting minority Americans, if I had to make a list of 100 things, white nationalism would not make the list.”

“We don’t see hearings on those bigger issues brought up… Black-on-black crime, the breakdown of family I think is the number-one thing contributing to that,” she added.

“White supremacy and white nationalism is not a problem that is harming Black America.”

The House is having a hearing on white supremacy and the Republicans invited Candace Owens who used her time to say it isn't actually an issue, that it wouldn't even rank in her top 100 issues and that the real issue is black-on-black crime & lack of masculinity in men. pic.twitter.com/kl2flYl7bK

Alex Jones discloses secrets from the new Joker film starring Joaquin Phoenix, which has garnered rave reviews from critics and won several film festival awards. Spoiler Alert: Alex Jones lays out the true meaning of the film and meanings of the previous batman films and the arch-type of the Joker as character of mischief.

Owens’ comments come on the same day as the Department of Homeland Security added violent white supremacist extremism to its list of terror threats.

Kevan McAleenan, the acting Homeland Security secretary, said Friday during remarks at the Brookings Institution in Washington that the “continuing menace of racially-based violent extremism, particularly white supremacist extremism, is an abhorrent affront to our nation, the struggle and unity of its diverse population, and the core values of both our society and our department.”

He continued to explain that after the alleged El Paso shooter “sought to kill Hispanics, and his online manifesto was rife with references to multiple hate-based ideologies,” McAleenan said he was even more confident that DHS needed a new counter-terrorism strategy.

“In our modern age, the continuation of racially-based violent extremism, particularly violent white supremacy, is an abhorrent affront to the nation,” he also said. –USA Today

Owens then went off: