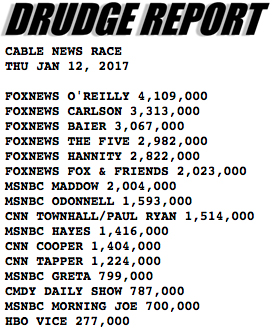 Fox News anchor Tucker Carlson has enjoyed phenomenal ratings ever since taking over for Megyn Kelly. 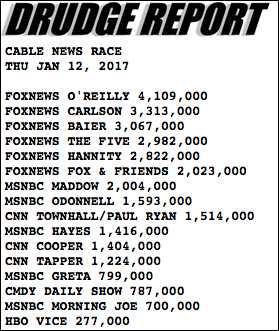 In his first week since assuming his new primetime role with the network he’s already dominating cable news ratings, averaging “3 million viewers and 576,000 in the 25-54 demographic,” reports Mediaite.

“This placed [Tucker Carlson Tonight] in the top ten in all of basic cable.”

Mediate further reports Carlson’s ratings increased by 10% viewership over his predecessor’s show, The Kelly File, with a 12% increase in the key demographic of viewers aged 25-54.

“When compared to how Kelly did at this time last year, Carlson is up 21% in total viewers and a remarkable 52% in the 25-54 demographic,” Mediaite notes.

Much of Carlson’s success can be attributed to his knack for facing off with liberals, earning him respect from much of the motivated Trump-supporting online community whom regularly share his spirited interviews.

MacCallum “delivered 3.1 million viewers and 576,000 in the demo. That is an increase of 43% in total viewership and 66% in the demographic from this time last year, when Greta Van Susteren’s On the Record was in the time slot,” according to Mediaite.

Tucker joined Alex Jones for a special sit-down interview in 2014: