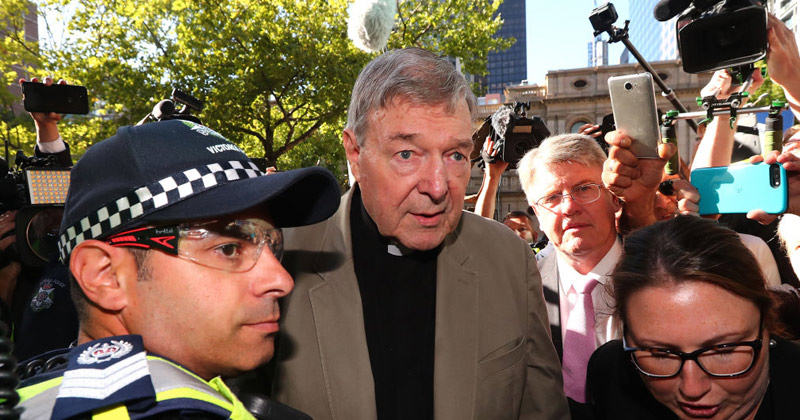 The most senior Vatican figure to be jailed for child abuse in the 2,000-year history of the Catholic Church failed to convince the Australian court today that he was the victim of a miscarriage of justice and was sent back to prison. The big question is: Will Pope Francis defrock the now-disgraced Australian Cardinal George Pell, or will he have him “Epsteined” to avoid further problems?

I have many doubts that one of the worst pedophiles in the history of the Catholic Church charged in Victoria with multiple historical sexual assault offenses might get a second chance and that he has that “many supporters,” but I am sure that Antifa could start a fan club for “Satan’s little helper” as I called him in my last book Confessions of an Illuminati vol.6.66.

Incredibly enough, on Monday the shutters of Australian Cardinal George Pell’s lavish apartment in the shadow of St. Peter’s basilica were open and cleaners could be seen dusting the window sills. This had many people speculating that Cardinal Pell hoped he would be free to return to his upper-floor flat and to the lavish life he once enjoyed in Rome, the real city of sin (forget Las Vegas, that’s almost angelic in comparison).

However today, three Melbourne judges decided that Pell will be remaining in prison, so I wonder if we are about to witness another VIP suicide in the coming weeks or months with Cardinal Pell being “Epsteined.”

Leo Zagami is a regular contributor to Infowars and the author of the new groundbreaking book Confessions of an Illuminati Vol. 6.66 The Age of Cyber Satan, Artificial Intelligence, and Robotics.