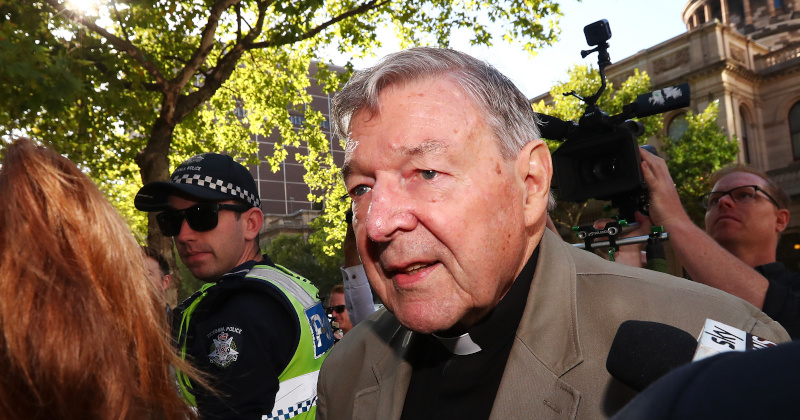 Australia’s highest court has tossed the conviction of Cardinal George Pell, who was found guilty of historic child sex crime and sentenced to six years in prison.

The ex-Vatican treasurer was once a close aide to Pope Francis.

“The High Court found that the jury, acting rationally on the whole of the evidence, ought to have entertained a doubt as to the applicant’s guilt with respect to each of the offenses for which he was convicted, and ordered that the convictions be quashed and that verdicts of acquittal be entered in their place,” a Queensland High Court said in a statement on Tuesday.

Pell was convicted by a jury in Australia of five counts of historic sex crimes in December 2018. Pell, who is the most senior Vatican figure to ever be found guilty of the sexual abuse of a minor, was sentenced to six years behind bars with a possibility of parole. He had served 405 days of his sentence before the groundbreaking verdict was overturned unanimously on Tuesday.

The case against Pell was solely based on the testimony of one of his alleged victims – a former choirboy who said that the cardinal, then the archbishop of Melbourne, sexually abused him and another boy in late 1996 and early 1997.

Justifying their decision to set the cleric free, the seven-judge panel cited the accounts provided by “opportunity witnesses” who described the movements of the cardinal at the time of the reported crime – which allegedly took place during Sunday Mass – strikingly differently to the complainant.

By ordering to release Pell from custody with immediate effect, the court overruled the decision by the Victorian Court of Appeal from August 2019, which sided with the prosecution.

Back then, Pell lost his case in a 2-1 split vote.

Referring to that case, the highest court argued that the appellate judges “failed to engage with the question of whether there remained a reasonable possibility that the offending had not taken place,” while “leaving open the possibility” that the alleged victim’s account was correct.

In a first statement after his release, Pell said that he holds no grudge against his accuser, who is now in his 30s.

The cardinal noted, however, that one should not make far-reaching conclusions from his trial, and appeared to acknowledge that the Australian government as a whole was lax in dealing with rampant child sex abuse by priests.

The clergy, including Archbishop Mark Coleridge, president of the Australian Catholic Bishops Conference, applauded the decision, hailing it an “outcome welcomed by many.” However, it drew ire from an advocacy group and a lawyer for one of the victims.

“We will continue to pursue a civil claim on behalf of our client despite the High Court’s ruling today,“ Lisa Flynn, a lawyer for the father of one of the two alleged victims, said. The former choirboy died in 2014 after a long battle with drug addiction.

The Survivors Network of those Abused by Priests (SNAP) has lambasted the court as well.

“Our hearts ache for the surviving accuser in this case, and we hope that this disappointing ruling does not deter other victims from coming forward to report their abuse,“ it said.

Throughout his trial, Pell was adamant about his innocence, dismissing all sex crime allegations as bogus.