At the start of the month we heard from Mark Drakeford – the Welsh Health Minister who confirmed it’s not about health – and today it’s Dr Richard ‘Wideload’ Lewis.

Dr Richard is the Welsh secretary of the BMA – a provincial version of proven liar Vivienne Nathanson – and he is trying his level best to be as downbeat about e-cigs as is humanly possible.

He said: “We welcome some of the specific public health initiatives in the white paper, particularly the ban on e-cigarettes, which is consistent with BMA policy in that the safety of the devices is still unproven but there is also the concern about them normalising smoking.”

Y’see, that’s the unexplainable aspect of tobacco control, isn’t it? Politicians and people like Richard – of which there are many highly-paid thousands in this country – are always banging on about smoking despite it being such an abnormal behaviour. With only 12 million smokers in the UK, you have to camp out for weeks on end in a twitcher’s hide in a city centre to spot one … if you’re lucky.

He also says safety of e-cigs is “still unproven” which, of course, also means their danger is still unproven too, but Richard likes to look on the dull side. I bet he’s the life and soul at parties.

Still, even so, this would be a valid – albeit totalitarian – argument if he were commenting on an outright ban of e-cigs for those who choose to use them and accept the unproven mild harm/safety gamble. However, the Welsh proposals are only about banning ‘not smoking’ in enclosed workplaces, and considering there has not – nor ever will be – evidence of harm to bystanders from second-hand vapour, it’s entirely irrelevant to the debate.

What’s more, Richard’s love of the Welsh government’s proposals is completely at odds with the recommendations of ASH Wales.

Although safety concerns about the devices exist, and we still lack information about the long-term effects of using e-cigarettes, we should be wary of taking steps that could undermine those who are using them as a means of protecting themselves from the harms attributable to tobacco.

ASH Wales recommends that premises continue to be allowed to make decisions for themselves on whether or not to permit the use of e-cigarettes, although we recognise that there may be environments where the use of these devices is inappropriate.

I mean, what’s the point of the taxpayer coughing up 73% of ASH Wales’ income if the Health Minister and the BMA are going to simply ignore them about e-cigs?

“While we accept that some smokers are using them to reduce their smoking habit, the products still contain nicotine and are still addictive and the research and the safety aspects of their use are yet to be demonstrated through evidence.”

So carry on smoking, says the BMA’s Welsh secretary.

But many have said that the move to ban e-cigarettes could hinder people’s attempts to quit smoking by taking away a product that may be used as an aid to kick the habit.

Yes, they have. ASH Wales amongst them.

But Dr Lewis said: “We must not encourage use of a new system of nicotine delivery when we are unsure about its safety or efficacy as a means of stopping smoking.”

So carry on smoking, says the BMA’s Welsh secretary.

“There is some emerging evidence that people who are not cigarette smokers are taking up e-cigarettes and then taking up smoking.”

Do you know, proven liar Vivienne said precisely the same thing last year? Not much of an endorsement for our Richard, is it, especially since no-one knows where this emerging evidence is and ASH can’t find it either. 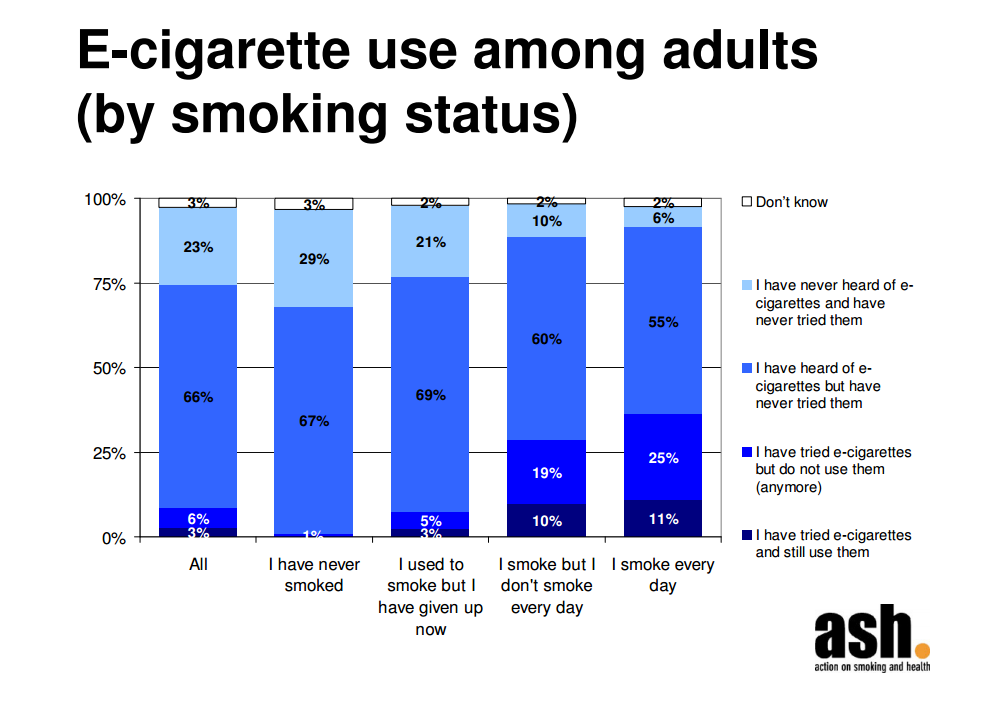 Perhaps it’s still in the process of being faked, I dunno.

“E-cigarettes are still giving people a nicotine habit which is not good for people’s health in general.”

I suppose he could have said nicotine use on its own is stratospherically safer than smoking, but that isn’t on the BMA’s agenda at the moment for some unfathomable reason. Instead, the mantra is that you should worry about e-cigs … a lot. Mind how you go, can’t be too careful. Best just stick with the fags.