Our previous post from January 13th analyzed the ways by which the US intends to Leverage the Middle East against the SCO block while taking over the natural resources from both Iran and Israel in the process.

The passing week has seen a turbulent chain of events confirming our previous analysis which came to the conclusion that the US plans to keep Israel on a short leash by incorporating its defense apparatus in to the Pentagon’s CENTCOM\ EUROCOM infrastructure, while in the same time Russia seems to have managed to keep the US itself on a short leash too, with regards to both embargo and militaristic naval measures.

The assassination of the Iranian nuclear scientist was initially blamed by the Iranians on Israel, immediately followed by American denial of involvement and condemnation. The CFR’s propaganda front known as the ‘Foreign Policy Magazine’ even attempted to ‘leak evidence’ supposedly exposing Mossad operatives’ role in orchestrating Jundallah false flag operations by posing as CIA case officers. This clumsy diversion attempt was immediately accepted by ‘alternative’ writers who claim to be critics of the CFR and globalism.

This publication was part of a dilettante campaign to shift the blame to Israel, on two accounts:

1. Openly blaming Israel, although the State Department who openly supports Jundallah, and the CIA has been using it for years inside Iran.
2. The (alleged) strained relations between Israel and the USA, hyped mostly by the ‘liberal’ wing of the MSM (both in the US and Israel).

The recent assassination of the Iranian scientist could have been an Iranian false-flag attack intended to fault Israel, i.e. Jews, for aggression and subsequently, although not consequently, seek a multilayer extortion deal: cheap Iranian Petroleum through Russia under the guise of “sanctions” while extorting Israel under some Jihadist Boots. The alleged Hezbollah attempt in Thailand was rather a false-flag perpetration, being reminiscent of the Mumbai false flag in 2008.

The possibility that the Iranians themselves killed their own Scientists in order to blame it on the west is likely on several accounts:

1. The Scientists weren’t protected: they could live with families in a los-Alamos style compound or at least within the premises of the
Tehran university which could be enlarged if necessary, especially since it is a totalitarian regime.
2. The Motorcycle duo is a well known Iranian modus operandi.
3. Those Scientists might have been civilians who actually refused to work for military program and then got shot in order to nullify their capacity to tell others about it, while deterring potential dissidents.
4. In order to portray setbacks to western perception.
5. In order to excuse an Iranian led global campaign of terror, intended to stretch US resources around the globe, thus distracting the US armed forces from Iran, in the hope of impeding the level of necessary US force concentration around Iran in order to attack it successfully.

In the midst of the recent diplomatic storm it was reported that the planned joint missile defense drill ‘Austere Challenge 12’ between the US and Israel was postponed or canceled altogether. Initially assumed to be an American measure of showing discontent towards the Israeli stance on Iran, it was later revealed to have been canceled by the Israeli PM Netanyahu, who feared it was being used for binding the IDF in the Pentagon’s straight jacket in order to prevent an independent action against Iran – Just as we explained previously.

There used to be a Soviet-Iranian oil pipe pumping Soviet “Texan-sweet” grade oil to USA ship in the Persian Gulf, which was consequently sold as American produced. In 1985 the USA decided to pull the rug of USD supply from under the USSR thus stopped that trade. This one should be very easy for Israel to disrupt regularly thus disable in principle, thus cutting short the duration of re-cooking the Mid-East like between the two Iraq wars.

This allows the USA to play the joint-venture game with Iran,where the western cut in the deal is being offset by the cost increase of Petroleum forced by the “sanctions regime”.

Altogether it is the SCO playing both sides of the chessboard with the west , like it did around the Cuban missile crisis, which succeeded in removing the US nuclear missiles Jupiter IRBMs from Turkey.

Iraqi Petroleum was also purchased from it on the cheap under the guise of “oil for medicine” deal. The difference with Iran is seemingly it escapes unhurt throughout this plot.

The USA seems to have lost its international authority, and so does the USD in the black-gold economy:  Washington seems to have severely underestimated Russia and India. It is also possible the concrete consideration, now given by holders of Greek bonds, to the progressive haircut ladder, is in exchange to pulling out the Hungarian threat of nationalizing the central bank. Things are not all bad for America on the international chessboard, with North-Korea and Turkey having relaxed their anti-American stance away from proactively challenging the USA. But then it is “merely” Russia whose tactical fighters and bombers cover Iran, the GCC and Israel in direct unrefueled flight from Russian soil.

The USN behavior has been turned by Iran into the Casus Belli, in place of the progression of the Iranian nuclear development program, attempting to impeach the USA from its seats of maritime hegemony and of international control of unconventional-arms proliferation.

One useful tactic the USA can apply now is to improvise an expendable flat-top ship with some TENCAM MMA ISR on top, complemented with a few Reaper or Predator Drones for wider angle and steady coverage, and sail it through the Hormuz strait… This concept can evolve in to that of an ISR-Frigate, costing in total a couple percents of the fully equipped and stuffed large aircraft carrier, thus allowing to cover the piracy routes of the world with fifty boats of the kind for the price of a single cold war mammoth like the Enterprise. 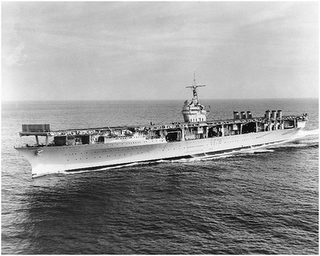 (Photo courtesy the US Navy) 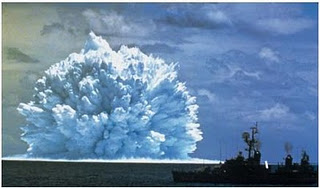 Nuclear Sea Mines developed by North Korea  may block the Hormuz for a generation, sinking there the nuclear USN Eneterprise which is scheduled to retire soon anyhow i.e. in 2013