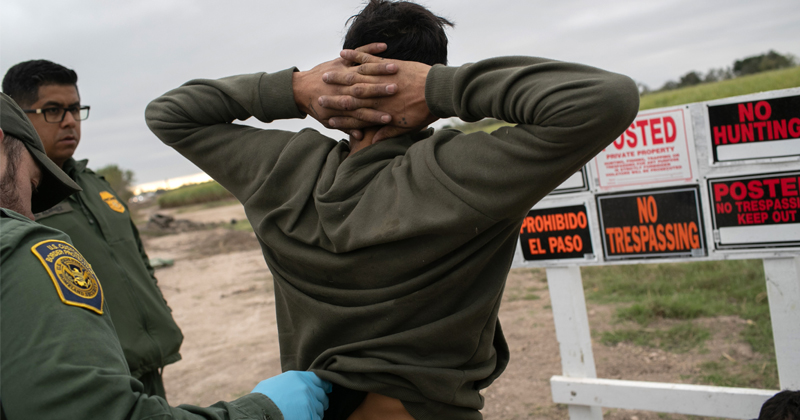 Thanks to the Trump administration’s immigration policies, border arrests dropped for the eighth consecutive month in January.

“The Border Patrol’s 29,200 apprehensions along the southwestern border is the at its lowest in nearly two years,” reports the Washington Times. “And the number of children and families — the toughest cases — is at its lowest since 2017.”

Another 7,479 migrants without permission to come to the United States attempted to get into the country at ports of entry, but were denied.

“Eight months ago your chance of being allowed into the United States was pretty high,” acting Customs and Border Protection Commissioner Mark Morgan told the Washington Times. “That has changed. Catch and release is all but done. You will not be allowed in.”

Despite this progress, Morgan warns that the smuggling cartels “are changing their tactics” to adapt to the new policies. “This is a moneymaking business, this is all about money and power. They will do anything they can and smuggle anything and anybody they can to continue to make money,” Morgan said. “Now they’re starting to appeal to other vulnerable groups.”

An increase in illegal border activity is expected to rise in the spring, but the Department of Homeland Security is better prepared for that, according to Morgan.

Many illegal immigrants, determined to come into the United States, are also waiting for the results of the November election before making another attempt to get into the country. “Once Trump is defeated, and the Democrats take over, things are going to get better,” said migrant Brenda Ramos of El Salvador.

Between the new border-wall construction, assistance from Mexico, and tougher enforcement in the interior, President Trump has done an amazing job curbing illegal immigration. Past Republican presidents, and, quite frankly, Democrat presidents, have all talked the talk on illegal immigration, but President Trump is the one who actually followed through.