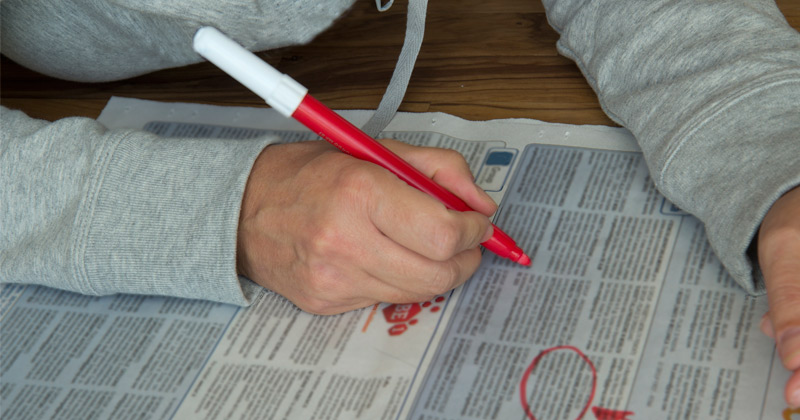 Hiking Americans’ minimum wage to $15 per hour would give millions of Americans a raise but would kick a smaller share of people out of work (presumably never to return as their skills are now priced out of the market) according to a new report from the Congressional Budget Office.

Effects of the $15 Option on Employment and Income.

According to CBO’s median estimate, under the $15 option, 1.3 million workers who would otherwise be employed would be jobless in an average week in 2025. (That would equal a 0.8 percent reduction in the number of employed workers.) CBO estimates that there is about a two-thirds chance that the change in employment would lie between about zero and a reduction of 3.7 million workers.

The $15 option would affect family income in a variety of ways. In CBO’s estimation, it would:

On the basis of those effects and CBO’s estimate of the median effect on employment, the $15 option would reduce total real (inflation-adjusted) family income in 2025 by $9 billion, or 0.1 percent.

The effects of those income changes would vary across families. Changes in earnings would mainly affect low-income families, but many higher-income families would be affected, too. The loss in business income would be mostly borne by families well above the poverty line. All consumers would pay higher prices, but higher-income families, who spend more, would pay more of those costs. And the cost of effects on the overall economy would generally accrue to families in proportion to their income, which means they would largely be absorbed by families with income well above the poverty threshold.

Taking those effects into account, CBO estimates that families whose income would be below the poverty threshold under current law would receive an additional $8 billion in real family income in 2025 under this option. That would amount to a 5.3 percent increase in income, on average, for such families. That extra income would move, on net, roughly 1.3 million people out of poverty. Real income would fall by about $16 billion for families above the poverty line; that would reduce their total income by about 0.1 percent.

Workers who would be affected by an increase in the minimum wage – through either lost employment or higher earnings – tend to come from groups in which low wages (defined here as less than $19 per hour) are common. Teenagers and adults without a high school diploma are relatively likely to earn low wages, but because they make up small shares of the working population, those groups together account for only about 20 percent of low-wage workers. Women are more likely to have low-wage jobs than men. Part-time workers are also disproportionately represented in low-wage jobs, but most low-wage workers are employed full-time (see Table 2).

Additionally, CBO warns this shift in the law will cause price-hikes (effectively reducing any gains from the employers’ wage gains) and potentially creating enough inflation to spook bonds and send the cost of capital (e.g. for young black people to get mortgages to buy homes) soaring. Bonds seemed to react this afternoon when the report hit…

Of course, the left’s army of progressive panderers is extremely busy with the spin, happy to proclaim with confidence that CBO nailed it on the estimates of how many will get pay rises and be “lifted out of poverty” but seems to also slam the CBO’s gross lack of accuracy on the job loss estimates.

None other than Paul Krugman jumped in via Twitter:

[CBO] may have erred on the side of political caution…

The fact is that even if CBO is overstating the job effects, this is actually a very pro-hike report. Remember that the job number is for average employment in a given week; it doesn’t mean that anything like that number would be unemployed for long periods.”

We frankly have no idea what that last sentence means but cherry picking the CBO results you want seems the opposite of what one would expect from an ivory tower academician.

Of course, Jared Bernstein had to pipe-in…

“My quick take on the new CBO report on the impact of raising the federal minimum wage. It’s yet more evidence that even big increases should be largely expected to have their intended effects: raise low pay, lower poverty, lower inequality.”

So let us explain, the bottom line is simple, around 17 million people (or up to 27.3 million) will end up with an extra pack of cigarettes per day while sacrificing 1.3 million (and potentially 3.7 million) who will end up losing everything (and never to return as their skill-base would now be priced out of the market) and prices will go up for everyone.

But then again, it’s all about shared sacrifice right? And besides, Dems can just unleash more Universal Basic Income gifts to the 1.3 million lost to this “Raise The Wage Act” proposal.