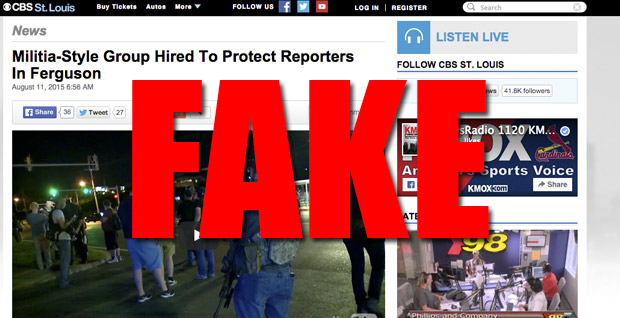 UPDATE: CBS St. Louis killed the story after the station was contacted by Infowars.

“CBS News reports that several members of a militia-style group called the Oath Keepers showed up carrying assault weapons; they were hired by Infowars.com — a website run by Alex Jones — to protect its reporters,” the Aug. 11 article falsely states.

Infowars did not hire Oath Keepers for private security, despite the article’s claim which was not attributed to any source whatsoever, meaning the statement could have came from the writer’s imagination as far as anyone knows. 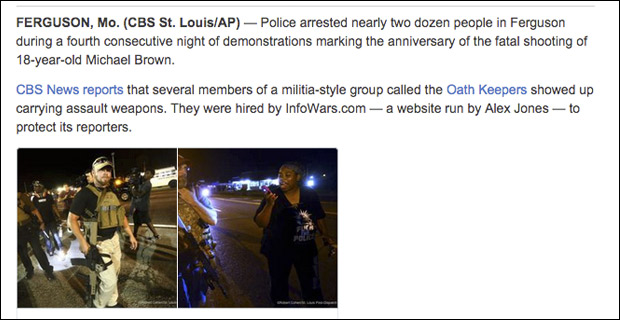 The claim is particularly ridiculous considering that Biggs is a highly-recognized former Staff Sergeant in the U.S. Army who fought in some of the most intense combat in Iraq and Afghanistan.

In other words, the mainstream media, who routinely hire private security for their reporters, would hire someone like Biggs for protection.

Additionally, Infowars is not affiliated with Oath Keepers, although as a media organization we respect them for encouraging active military and retired veterans to study the U.S. Constitution and the Bill of Rights.

The mainstream media has been attacking Oath Keepers for their presence in Ferguson, and the erroneous reports that Biggs hired them for security is an attempt to demonize Infowars by falsely linking them with the militia group. 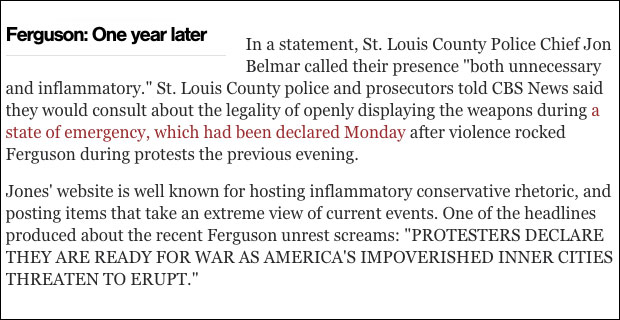 “Jones’ website is well known for hosting inflammatory conservative rhetoric, and posting items that take an extreme view of current events,” another CBS article also claimed under a paragraph about the Oath Keepers, which reveals the media’s true agenda.

CBS also attacked Infowars for publishing a headline stating “Protestors Declare They Are Ready For War…” but a near-exact headline is also on the popular news aggregate the Drudge Report, which the mainstream media constantly references. 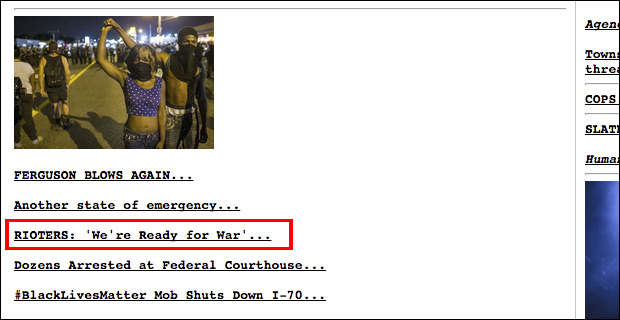