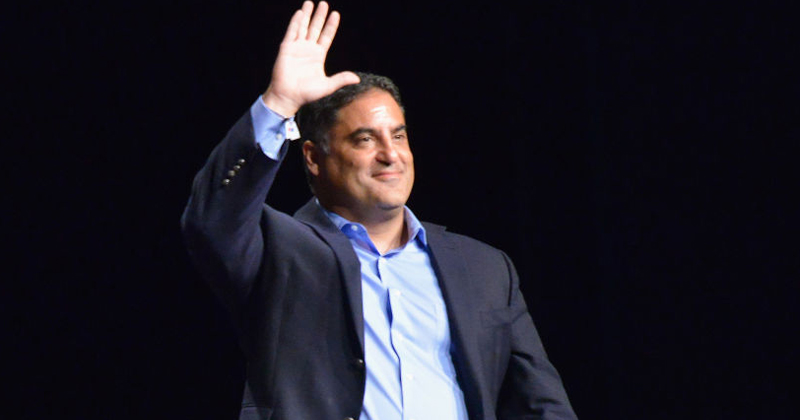 Cenk Uygur, host of the ultra-liberal program The Young Turks, is vying for the Congress seat left vacant by disgraced Congresswoman Katie Hill.

On Wednesday, the 49-year-old progressive filed paperwork to run for California’s 25th district, after Hill unceremoniously resigned late last month following an ethics probe into affairs she had with staffers.

“To all reporters: No comment,” Uygur tweeted Wednesday afternoon.

A filing submitted under Uygur’s name shows “Cenk for Congress” and Cenk2020.com were registered to the Federal Elections Committee under the Democratic party on Wednesday.

Uygur’s decision to run comes one day after he and TYT co-host Ana Kasparian endorsed Democrat socialist Bernie Sanders for president, crediting the Vermont senator’s efforts to “completely and utterly challenge the system.”

For 40 years @BernieSanders has been fighting for us, it's time for us to fight for him. I proudly endorse Bernie Sanders! This is our time, let's go get this done! #NotMeUs

Thank you @AnaKasparian and @cenkuygur for your support. Our movement is growing stronger every day, and together we are going to bring millions of people into the political process and complete the work we started. https://t.co/7tqopOsHJo

Hill resigned in October after a nude photo scandal which led to revelations she had affairs with at least two staffers, triggering a probe into a possible House ethics violation.