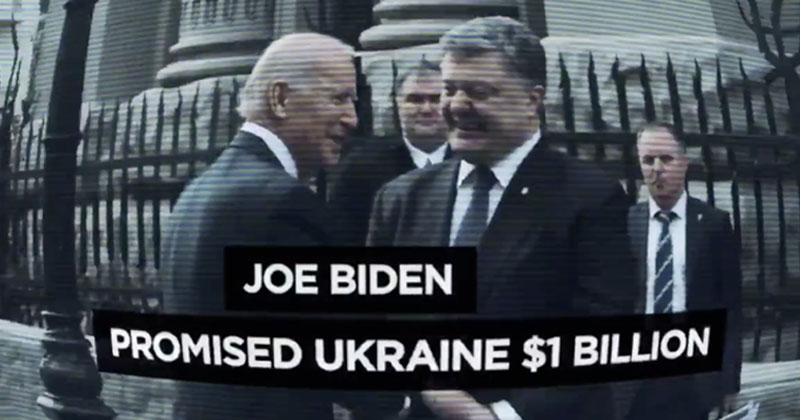 The Democrat National Committee has called on Facebook to censor the Trump campaign’s blistering ad questioning Biden’s role in the firing of a Ukraine prosecutor keen on probing his son Hunter.

“Yes, any false ad should be fact checked and removed, including this one,” said Daniel Wessel, the deputy war room director at the DNC. “Facebook owes that to its users.”

So far, the ad has received nearly 12 million views on Twitter.

The Corrupt Media refuses to cover this! https://t.co/JIiOE2a2JF

The Democrats have lurched into censorship overdrive in recent weeks as they’ve been losing control of the latest narrative to remove Trump from office.

NEW: Team BIDEN just sent letter to every major TV news network, calling for RUDY to be kept off the airwaves. “He will knowingly and willingly lie,” letter says. pic.twitter.com/7oGQ4b3f4X

The Democrats obviously view social media giants and the mainstream media as nothing more than their information gatekeepers.

YouTube’s CEO was talking about their tolerance last week in the midst of censorship, just before Google’s video “public square” censored MY channel. Turns out she was lying. They deleted 100,000 videos, 17,000 channels, 500 MILLION comments — and they boasted they have an army of 10,000 people acting as censors at their “Intelligence Desk.”