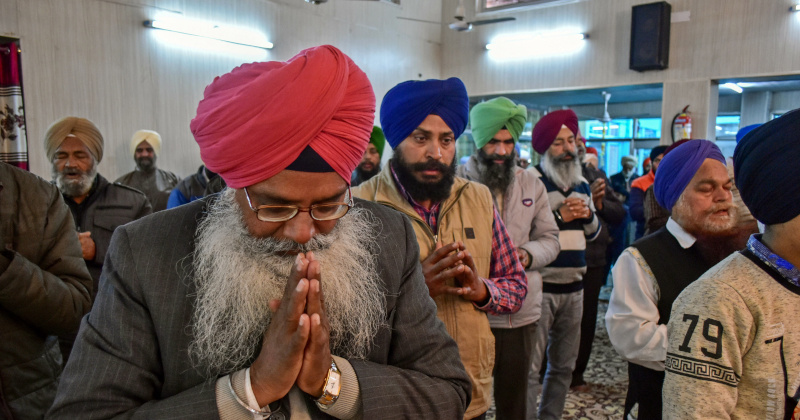 The Sikh community in the US will be counted as a separate ethnic group for the first time ever in this year’s census – a long-sought goal of a number of Sikh organizations in the country.

While the total number of adherents of the religious community living in the US remains something of a mystery – ranging between fewer than 100,000 and one million depending on who you ask – the traditionally “hard-to-count” population will now be explicitly tallied in the upcoming census.

“It’s clear that a separate code is needed to ensure an accurate count of Sikhs in the United States, recognizing a unique identity,” US Census Deputy Director Ron Jarmin told PTI.

Hailing from the Punjab region, which encompasses parts of eastern Pakistan and northern India, the Sikh diaspora now covers much of the inhabited world, with millions of adherents spread across dozens of nations.

The United Sikhs organization, founded in 1999 by a trio of Sikh Americans, hailed the move as historic.

“This historic announcement is the result of decades of advocacy by the United Sikhs group at the national level,” said Jasmit Singh, advocacy director of the United Sikhs, adding the data would “help in tracking and measuring hate crimes against the community” and “ensure an accurate count of Sikhs in the United States.”

A United Sikhs delegation met with officials from the Census Bureau last week in San Diego to discuss the group’s inclusion in the next count.

The president of San Diego’s Sikh Society, Baljeet Singh, also celebrated the decision, stating that years of hard work had finally paid off, paving the way forward “not only for the Sikh community but also for other ethnicities in the United States.”

Another organization representing members of the religious community, the New York-based Sikh Coalition, said it would partner with the US Census Bureau to encourage other Sikhs to participate in the nationwide tally, set to begin in March.

“Our community matters, and we want to make sure that Sikh families are appropriately counted and accurately resourced wherever they are across our country,” said the coalition’s executive director, Satjeet Kaur.