New revelations concerning how the Irish Central Bank hid data in a 2006 report indicating that a housing market crash was imminent underscores once again how financial elites covered-up signs of the coming economic turmoil in order to exploit the crisis at the expense of the people.

Months before the Irish housing market started to crumble in early 2007, which was followed by a wider collapse in the UK property market, the Irish Central Bank buried data from a crucial report which suggested that a 15 per cent fall in house prices was around the corner.

“It was decided in 2006 to exclude from the main text of the report data and references to a likely 15 per cent house price overvaluation that was contained in a themed research paper,” states Professor Patrick Honohan’s report.

The Central Bank refused to release the minutes of the meeting where the report was discussed but then “deliberately” left out of the final review document.

The story mimics elements of how Goldman Sachs were secretly betting against the U.S. housing market in 2006 and 2007 while peddling to its clients more than $40 billion in securities backed by at least 200,000 risky home mortgages.

As Greg Gordon of McClatchy Newspapers reported last year, the clandestine move,”enabled the nation’s premier investment bank to pass most of its potential losses to others before a flood of mortgage defaults staggered the U.S. and global economies.”

According to a report by the Senate Permanent Subcommittee on Investigations, Goldman Sachs made billions betting on a housing market collapse, not just through its short positions against the mortgage market, but “also against securities that Goldman Sachs had assembled and marketed to its customers”.

The Goldman cover-up, allied with new revelations of how the Irish Central Bank similarly conducted itself, goes right to the heart of how financial elites were aware of the imminent economic crisis and positioned themselves fully to exploit it while leaving millions of unwitting homeowners to pick up the tab as the value of their assets shrunk and their houses entered negative equity. 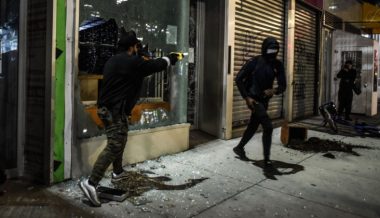