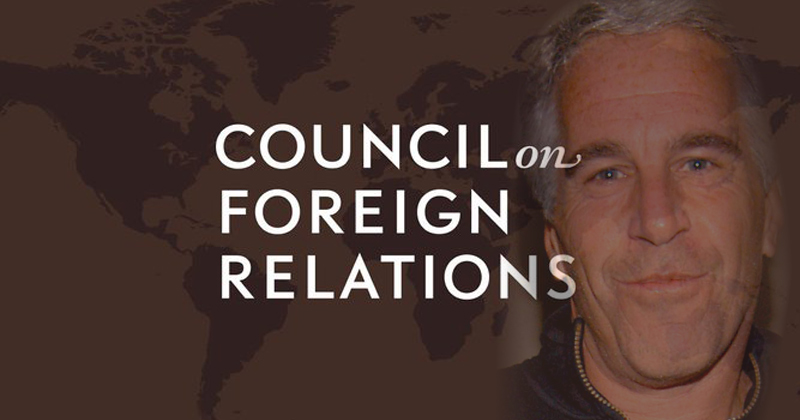 The Council on Foreign Relations says it will use funds received from Jeffrey Epstein to combat human trafficking, months after the death of the billionaire pedophile was announced.

On Tuesday, a rep for the globalist think tank said about $350,000 donated by Epstein, who was a CFR member from 1995 to 2009, would be directed to programs addressing human trafficking.

“While the Council was not aware of Epstein’s behavior when we received these donations, after extensive consultations with members of the board as well as individual CFR members, we have concluded it would be right to allocate his donations in a way that is consistent with our values,” CFR spokeswoman Lisa Shields stated.

In an email obtained by NBC News, CFR President Richard Haass claimed the money was long ago spent “some 14 years ago,” but that the Council would make contributions equal to the sum donated by Epstein, whose donations ended in 2005, “before his crimes or any other allegations against him became publicly known,” according to Haass.

“While the Council was not aware of Epstein’s behavior when we received these donations, we have concluded it would be right to do something,” Haass’ email stated.

The Washington Post notes the CFR made no efforts to oust Epstein following his 2008 conviction on soliciting an underage girl for prostitution.

About $100,000 of the money will be split among two New York charities: Safe Horizon and the Girls Educational and Mentoring Services.

Another $250,000 will go towards a new human trafficking program yet to be started by the Council.

“We want to use this situation as an opportunity to raise awareness of human trafficking and to improve U.S. and global efforts to combat it,” Haass claimed. “The project will look at ways to develop more robust legal standards and enforcement mechanisms to combat trafficking and to identify ways that the United States and other countries can work independently and collaboratively to detect, disrupt, and terminate trafficking operations.”

Epstein’s death has been questioned by the public since he was found hanged in his jail cell on August 10, especially given his connections to numerous elite high-profile individuals.