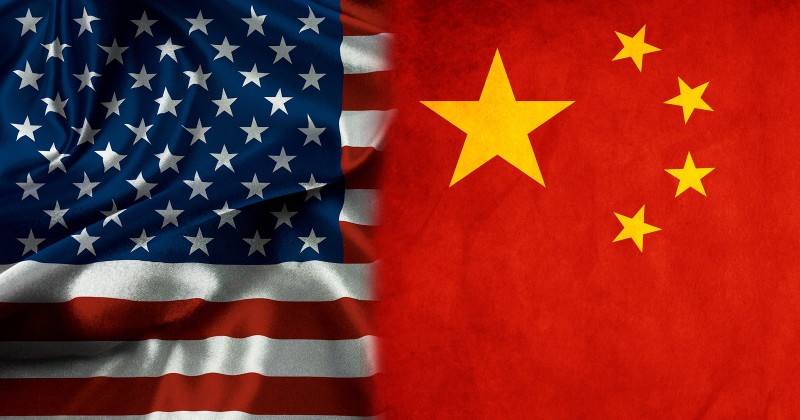 Scholar Gordan Chang warns that the United States must ultimately “disengage from China” on all fronts if it is to maintain its status as a global superpower or risk China’s massive potential to change the geopolitical structure of the world.

Chang, who just returned from Japan, Hong Kong and South Korea, spoke on The Sara Carter Show where he described the current state of Beijing and the authoritarian government’s influence across the globe.

“This is the Third Reich in the 21st century,” said Chang.

China’s policy “is incompatibility with our system. We are unfortunately going to have to reverse course and disengage from China to protect ourselves – to reduce our vulnerability to an extremely dangerous actor.”

This reporter was recently in Japan and South Korea with Chang and other experts who attended the international CPAC conventions. It is an international effort to connect with foreign allies who are battling increased pressure by socialist and leftist leaders bent on targeting open markets, democracy and independence.

“What we have to do ultimately is to disengage from China to get our companies out of China, to get China out of the United States because we cannot live with this militant Communist superstate that takes the position that China is the world’s only sovereign state,” said Chang.

He noted that the Chinese government sees the U.S. as  basically subjects of Beijing’s expansion and that the communist government believes “Americans must acknowledge Chinese sovereignty and obey them.”

Alex Jones covers the latest flu shot vaccine propaganda which includes a Canadian health minister receiving a fake shot
By the way, our Everything Must Go Emergency Sale is now live! Get 50% off DNA Force Plus at the Infowars Store now!

He noted that the Trump administration must “continue to impose high tariffs.” Chang does not believe that the current proposed trade deal with China will change Beijing’s efforts to take economic control or curtail the Chinese military and intelligence apparatus from stealing intellectual property.

“China has been stealing hundreds of billions of dollars of U.S. intellectual property each year,” he said. “And I don’t think we’re going to stop that with a Phase 1 trade deal.”

“So get our companies out of China,” he added. “That will reduce their opportunity for stealing from us right now.You know Sara, Beijing is dropping hints that we have to accept the genocidal campaign it’s conducting inside its own borders.”

“This is absolutely unacceptable what China is doing there is trying to eliminate racial and ethnic group a religious group,” said Chang.

He noted that the Chinese aren’t going to back down and basically demand that the U.S. not change its policy or get involved with their own human right’s violations in their nation or in the region.