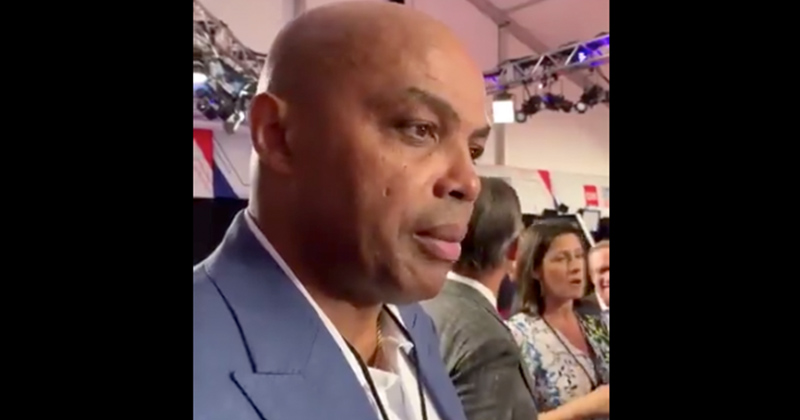 The former NBA star attended Tuesday’s Democratic presidential debate in Detroit, Michigan where he told reporters, “I think all politicians take black folks for granted. They talk to black folks every four years and that’s about it … and then do nothing about it.”

“Both parties suck in that aspect,” he continued. “It’s an economic thing and that’s what both parties have been neglecting, especially the Democratic Party.”

Next, Barkley singled out the left, arguing, “Every black person I know has always voted Democratic and with the exception of a few guys who can play sports, all those people are still poor.”

Charles Barkley came into the spin room for a bit.
He likes Julián Castro.
Said both parties take black voters for granted. pic.twitter.com/Bxr8RUDUNU

Next, a reporter asked Barkley if he thinks President Trump is racist and Charles said, “I’m leery of calling people racists. He says some things that can be construed as racist.”

Barkley says Julian Castro and Pete Buttigieg are his two favorite Dem candidates so far, but that he’s not sure they “can get enough traction.”

The Space Jam actor hopes to keep his job after criticizing CNN, a sister network of his employer TNT, for their debate format.

This isn’t the first time the controversial basketball Hall of Famer has made Infowars headlines.

Check out other Charles Barkley-related news in the links below:

CHARLES BARKLEY: “A LOT OF BLACK PEOPLE ARE RACIST TOO”