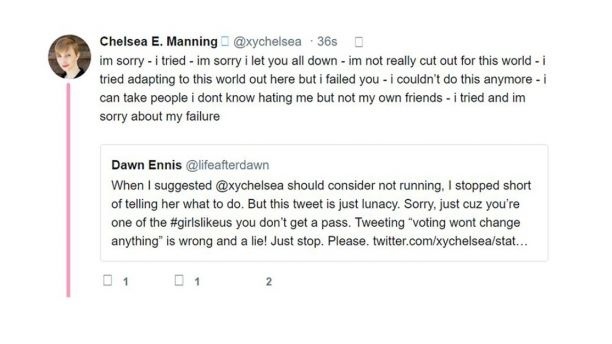 Government whistleblower and Democratic Senate candidate Chelsea Manning tweeted a suicide note and picture of himself standing over the ledge of a tall building on Sunday.

“I’m sorry – I tried – I’m sorry I let you all down – I’m not really cut out for this world – I tried adapting to this world out here but I failed you – I couldn’t do this anymore – I can take people I don’t know hating me but not my own friends – I tried and I’m sorry about my failure,” said Manning’s now-deleted note.

Manning then posted a photo of himself standing over the ledge of a tall building. 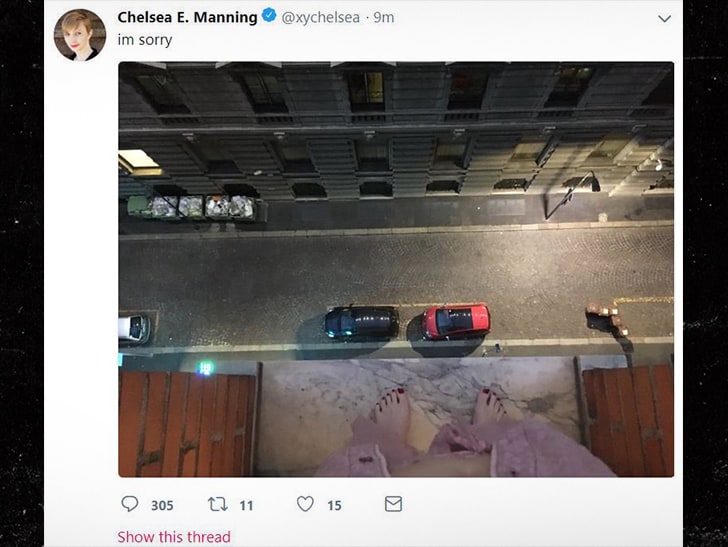 A tweet was later posted on Manning’s account saying he was safe, and the suicidal tweets were removed.

** chelsea is safe. she is on the phone with friends, thanks everyone for your concern and please give her some space

Though it’s unclear what specifically compelled Manning to act out, it’s reasonable to assume bullying and and rejection had something to do with it, based on the suicide note.

Manning first gained notoriety after leaking hundreds of thousands of State Department documents to WikiLeaks, and was imprisoned in 2011 until former President Obama commuted his 35-year sentence in 2017.

Manning changed his name from “Bradley” to “Chelsea” in 2014 after coming out as transgender.