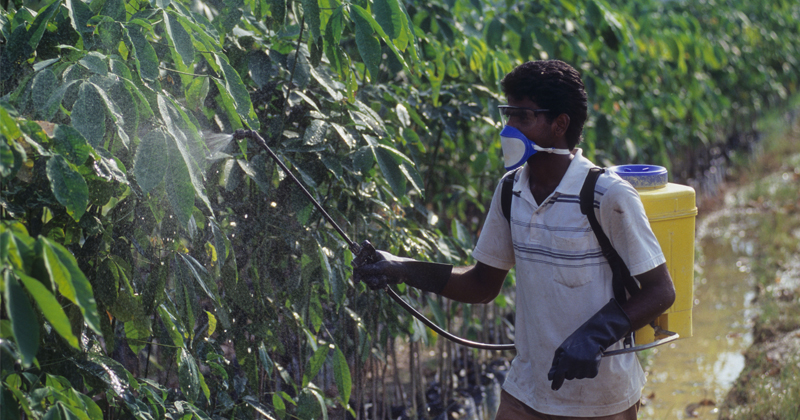 Pregnant women exposed to persistent organic pollutants, or POPs, had slightly smaller fetuses than women who haven’t been exposed to these chemicals, according to an analysis of ultrasound scans by researchers at the National Institutes of Health and other institutions.

The researchers also found that the women in their study had lower levels of POPs than women in the 2003-2004 U.S. Health and Nutrition Survey, the most recent comprehensive study of these compounds in U.S. pregnant women.

The latest findings suggest that the chemicals, which are no longer produced in the United States but persist in the environment, may have lasting health effects even at low levels.

The study appears in JAMA Pediatrics and was conducted by Pauline Mendola, Ph.D., an investigator in the Epidemiology Branch at NIH’s Eunice Kennedy Shriver National Institute of Child Health and Human Development, and colleagues.

Persistent organic pollutants are chemicals once used in agriculture, disease control, manufacturing, and industrial processes. They include the pesticide DDT and dioxin, a byproduct of herbicide production and paper bleaching. POPs are slow to break down, may persist in water and air, and may be passed through the food chain. Their health effects vary, but some compounds have been linked to reproductive disorders and a higher risk of birth defects.

Earlier studies of the potential effects of POP exposure during pregnancy have produced conflicting results. According to the authors, most of these studies looked at infant birth weight and length, measures that could suggest impaired fetal growth but could also indicate genetic factors that lead to smaller birth size and weight. Moreover, previous studies have investigated POPs as individual chemicals, but people typically are exposed to a mix of these compounds.

“The differences we found in fetal growth measures may be more sensitive indicators, compared to birth size, of the potential effects of these compounds,” said Dr. Mendola. “Even at low levels, there is evidence of a possible effect on fetal growth.”

In the current study, researchers analyzed records, stored blood samples, and a series of ultrasound scans taken from weeks 16-40 of 2,284 pregnant women enrolled in the NICHD Fetal Growth Study from 2009 to 2013. The blood samples were tested for the presence of 76 POPs soon after the women began the study. The POP levels in each woman’s blood were listed as percentiles, with the highest levels set at 100 and the lowest at 1. The researchers then compared growth measurements of head circumference, abdominal circumference, and femur (thigh bone) length of the fetuses of women in the 75th percentile to those of women in the 25th percentile.