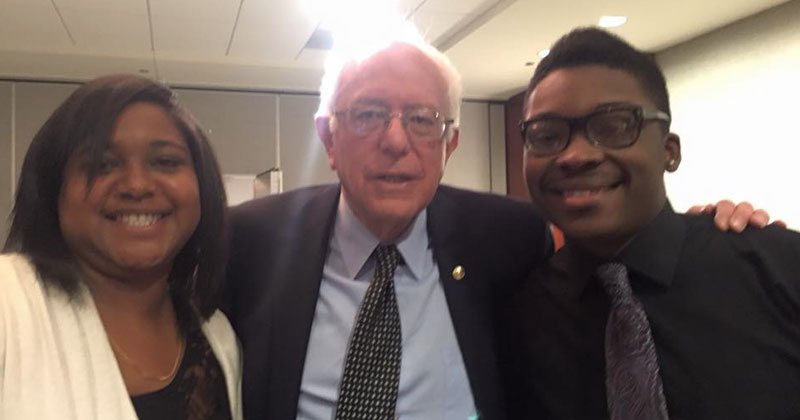 CBS News identifies Ja’Mal D Green as one of the leaders of the violent protest that shut down the Donald Trump rally in Chicago on Friday.

Many of the protesters responsible for the cancellation were Bernie Sanders supporters. One of the leaders of the protest was a Sanders surrogate, 20-year-old Ja’Mal D Green, who describes the night as a “win.”

“Our whole purpose was to shut it down,” Green said.

He told CBS News he was not alone in planning the event.

NBC News also quoted Green and said the violence “was largely organized by supporters of Sanders, the Democratic presidential candidate who has struggled to win over black voters but whose revolutionary streak has excited radicals of all racial demographics.”

Remember the #TrumpRally wasn’t just luck. It took organizers from dozens of organizations and thousands of people to pull off. Great work.

Sanders has yet to denounce the Friday storming of the Trump event.

On Saturday Donald Trump blamed Sanders for the mob action that shut down his rally.

“They were taunted, they were harassed by these other people—by the way, some represented Bernie, our communist friend,” Trump said during an event in Dayton, Ohio. “With Bernie, he should really get up and say to his people, ‘stop, stop.’ Not me.”

Infowars.com reported today Ilya Sheyman and MoveOn were also responsible for the attack that denied the frontrunner his First Amendment right of free speech.

On his Facebook page today Green said he “woke up to a lot of love” after the rampage.