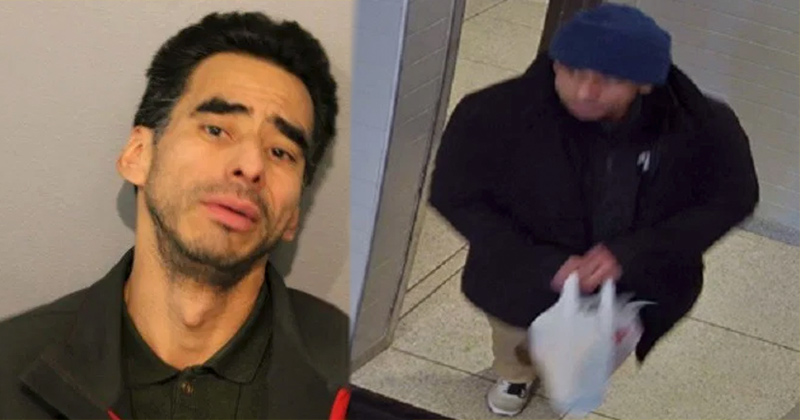 An illegal alien from Mexico who was released from a Chicago jail despite ICE telling officials not to let him go ended up raping “a three-year-old girl in a McDonald’s bathroom as she cried ‘daddy, daddy.'”

The suspect, 34-year-old Christopher Puente, allegedly took the young child into a bathroom stall right next to a stall where her father was helping her brother use the restroom, covered her mouth and said, “Shhh.”

As the illegal immigrant molested the girl, her father heard her cries and desperately tried to enter the locked stall before reaching underneath the walls and pulling her out by her legs.

The child was taken to the hospital following the encounter.

Puente, was arrested last year for a theft charge and was soon after released by Chicago law enforcement even though U.S. Immigration and Customs Enforcement (ICE) requested they hold him.

Following the 2019 arrest, “ICE lodged an immigration detainer with the Chicago Police Department on Puente, who has several felony convictions and a prior removal,” according to the agency’s website.

The agency’s press release on the incident included a quote from field office director of Chicago Enforcement and Removal Operations (ERO) Robert Guadian, who asked, “How many more victims must there be before lawmakers realize that sanctuary policies do not protect the innocent? Puente should have been in ICE custody last year and removed to his home country. Instead, irresponsible lawmaking allowed him to walk free and prey on our most vulnerable.”

Chicago ERO deported Puente on Dec. 5, 2014 after he was convicted of felony burglary and forgery.

It only took five days for Puente to make his way back into America with border agents encountering him in Brownsville, Texas where he was “charged with falsely claiming citizenship and served a notice to appear before an immigration judge.”

His court date wasn’t for nearly three years and when he failed to appear a judge ordered him removed from the country, but by then he was nowhere to be found.

In 2019, Cook County denied over 1,000 ICE detainer requests and since the agency doesn’t have access to Illinois law enforcement databases, “the agency cannot account for all the aliens who have been arrested, released and arrested for additional crimes.”

Although they created a safe haven for a child rapist, Chicago Police refused to admit guilt, instead saying, “The Chicago Police Department remains committed to protecting all Chicago residents regardless of their immigration status. Our pledge to restrict ICE access to our information systems and our refusal to cooperate with ICE immigration enforcement measures has not changed.”

The city’s Democrat Mayor Lori Lightfoot seemed unfazed by the horrific act, telling ABC News, “If ICE is complaining, then they should do their job better. They’re critical because we have said very clearly we are a welcoming city, a sanctuary city. Chicago Police Department will not cooperate with ICE on any immigration-related business.”

In an insane twist of reality, Lightfoot criticized ICE for arresting another illegal immigrant in front of a school while he was dropping off his daughter, saying, “They [ICE] shouldn’t do things that are traumatizing children.”