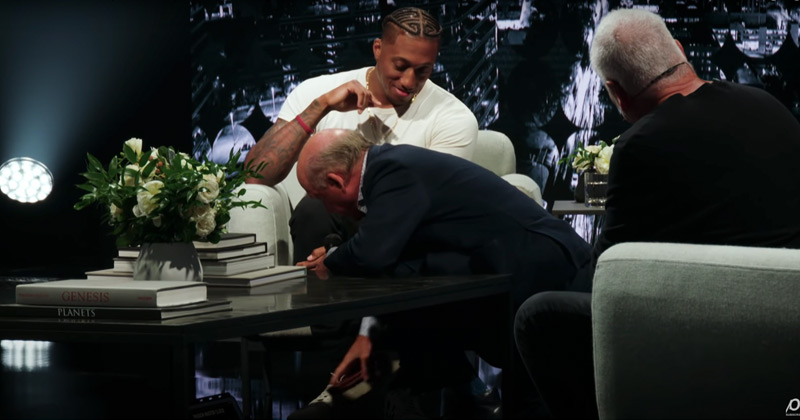 “Most of us, white people, we’re out-of-sight-out-of-mind oblivious to it,” Cathy told the church’s founder Louie Guglio and black Christian rapper Lecrae. “We cannot let this moment pass.”

Cathy, who’s the son of Chick-fil-A founder S. Truett Cathy, said despite many of his restaurants being vandalized during recent riots, it would behoove white people to identify with the frustration blacks feel toward perceived “conscious and unconscious biases.”

Cathy said there were “about a dozen Chick-fil-A restaurants vandalized in the last week, but my plea would be for the white people, rather than point fingers at that kind of criminal effort, would be to see the level of frustration and exasperation and almost the sense of hopelessness that exists on some of those activists within the African-American community.”

“We as caucasians, until we’re willing to just pick up the baton and fight for our black, African-American brothers and sisters, which they are as one human race, we’re shameful. We’re just adding to it,” Truett said, adding, “Our silence is so huge at this time. We cannot be silent. Somebody has to fight and God has so blessed our city [Atlanta], but it’s shameful how we let things get so out of whack.”

After reciting an anecdote about a white man who shined an elderly black man’s shoes at a church revival service in Texas, Cathy then brought out a shoe shine brush and proceeded to shine Lacrae’s shoes, saying, “So I invite folks just to put some words to action here and if we need to find somebody that needs to have their shoes shined we need to just go right on over and shine their shoes; and whether they got tennis shoes on or not maybe they got sandals on it really doesn’t matter but there’s a time of which we need to have you know some some personal action here maybe we need to give him a hug too.”

“Any expressions of a contrite heart, of a sense of humility, a sense of shame, a sense of embarrassment … an apologetic heart, I think that’s what our world needs to hear today,” Cathy said, adding he’d sent shoe shine brushes to all Chick-fil-A operators and staff a few years ago.

The shoe shine was prompted by Lacrae asking if there were any areas “where we need to repent” for the sins of racism.

Fox News notes Cathy’s comments on race come as the restaurant had to explain a years-old photo that circulated on social media earlier this month of an employee wearing a “back the blue” shirt, which many assumed meant the company supported police amid “black lives matter” protests.

Earlier this month, Cathy released a statement saying he’d use his “power and influence with policy-makers and friends to turn their attention to the inequities happening in our local community.”

David gets into the news of how Chick-Fil-A got on their knees about not giving donations to groups who are anti LGBTQ. Also how Kanye West has backed the restaurant.