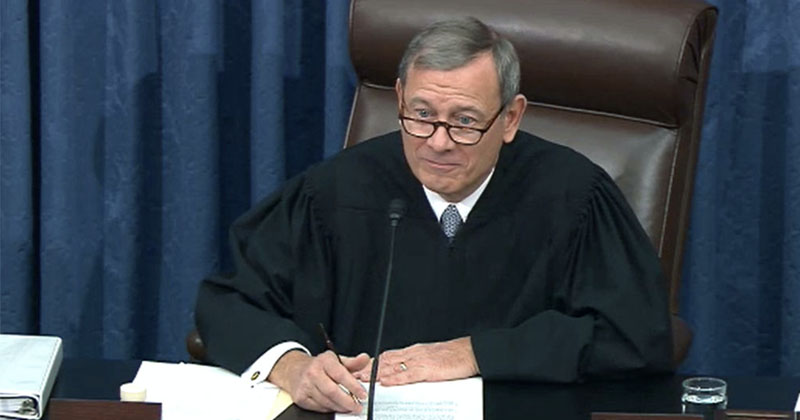 Chief Justice Roberts joined the the liberals in the Supreme Court against a California church challenging Governor Newsom’s lockdown orders.

In a 5-4 vote late on Friday, Roberts broke from other conservative justices to rule in favor of the state. The case was brought by the South Bay United Pentecostal Church in Chula Vista, which said Newsom’s stay-at-home order violated religious freedoms.

Robers wrote in his opinion on the ruling that because restrictions are also in place for other non-religious public gatherings like movie theaters and shopping malls, religious liberty is not threatened.

“Although California’s guidelines place restrictions on places of worship, those restrictions appear consistent with the free exercise clause of the First Amendment,” Roberts wrote.

But the conservative justices, Clarence Thomas, Brett Kavanaugh, Neil Gorsuch, and Samuel Alito all had dissenting opinions on the ruling.

“California’s 25% occupancy cap on religious worship services indisputably discriminates against religion, and such discrimination violates the First Amendment,” Kavanaugh wrote, referring to an order Newsom made on Monday.

Notably, other services in California are still open and considered “essential services,” such as Planned Parenthood abortion and liquor stores.

The war on the Bill of Rights and the petty “public health” dictators who arrogantly implement it. We’re rapidly catching up to China.