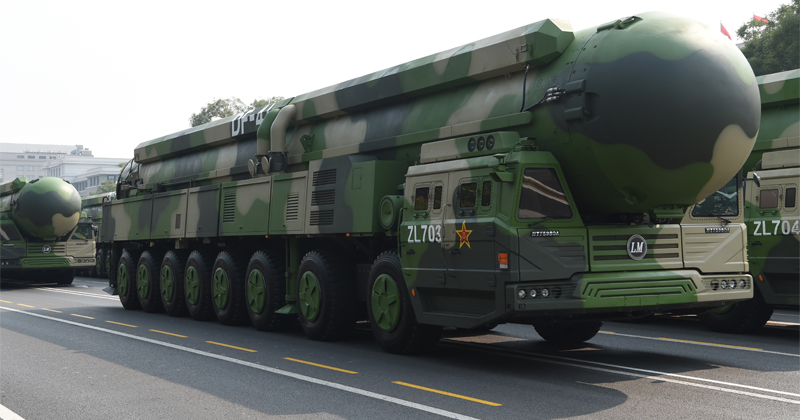 But the country lags behind its arch-rivals, China and Pakistan, in terms of its nuclear arsenal as per the report by Stockholm International Peace Research Institute (SIPRI).

The Stockholm International Peace Research Institute (SIPRI) Yearbook 2020 has found that despite an overall decrease in the number of nuclear warheads in 2019, all states which possess nuclear weapons have continued to modernise their nuclear arsenals.

India, which is engaged in the same nuclear race, is “slowly increasing the size and diversity” of its nuclear forces, as per the disarmament report, but lags behind its arch-rivals China and Pakistan in terms of the number of nuclear warheads it possesses.

While #India has increased its #nuclear capabilities in 2019, it is behind #China and #Pakistan, as per the report by @SIPRIorg pic.twitter.com/H2Uu8tg5U6


China, with which India has been embroiled in a border stand-off for over a month, “is in the middle of a significant modernisation of its nuclear arsenal. It is developing a so-called nuclear triad for the first time, made up of new land- and sea-based missiles and nuclear-capable aircraft,” the report says. China continues to pursue its long-standing strategic goal of developing and deploying a sea-based nuclear deterrent, it says.

China has been strengthening its nuclear arsenal by modernising and diversifying arms but the Chinese Government has reaffirmed its commitment to “a nuclear policy of no first use of nuclear weapons at any time and under any circumstances and not using or threatening to use nuclear weapons against non-nuclear-weapon states or nuclear-weapon-free zones unconditionally,” the report adds.

However, it also suggests that in 2019, India had raised speculations that it might modify or scrap the no-first-use nuclear doctrine that it adopted in 1998 and turn to a more aggressive nuclear policy similar to the counterforce strategy (the capability for pre-emptive or retaliatory strikes on targets of military value) of many other nuclear-armed states.

Indian defence minister Rajnath Singh posted on Twitter in August of 2019 that “India has strictly adhered to this doctrine. What happens in future depends on the circumstances.”

The report says that Singh’s statement not only added to a growing number of similar statements by Indian defence officials issued over the past decade but also cast further doubt on India’s commitment to no-first-use and revived discussions both inside and outside India about the scope and limits of the doctrine and whether India would continue to maintain it.

Having a smaller nuclear arsenals might raise concerns for New Delhi, which is dealing with tensions on both its western and northern borders, where it neighbours Pakistan and China.