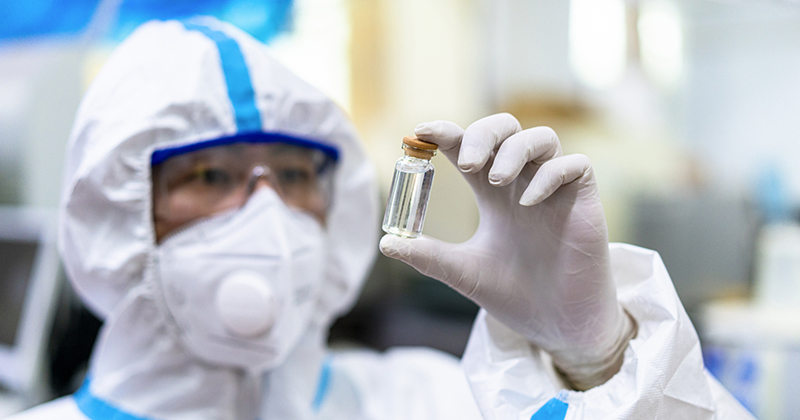 In a report that flew under the radar late last week, China admitted that it did order laboratories to destroy samples of the new coronavirus in the early stage of the outbreak.

It’s a charge that has been levelled against the communist state since the beginning of the pandemic.

On Friday, Chinese Health Commission spokesperson Liu Dengfeng confirmed that “the Chinese government issued an order on January 3 to dispose of coronavirus samples at unauthorized laboratories.”

He denied that the destruction of the samples was part of a cover-up, insisting instead that they were destroyed to “prevent risk to laboratory biological safety and prevent secondary disasters caused by unidentified pathogens.”

He also claimed that the labs had not been given permission to handle the samples, and thatchy were destroyed to comply with Chinese public health laws.

Liu accused the US of using the detraction of the samples to push ‘out of context’ insinuations that China was covering up the scale of the outbreak.

“Based on comprehensive research and expert opinion, we decided to temporarily manage the pathogen causing the pneumonia as Class II — highly pathogenic — and imposed biosafety requirements on sample collection, transport and experimental activities, as well as destroying the samples,” he said.

The destruction of the samples was first noted back in February. It was also noted that the Wuhan Institute of Virology, which was conducting controversial experiments into animal-to-human transmission of bat coronaviruses, altered their database in an apparent attempt to distance the lab from the outbreak.

The alteration was carried out just two days before a gene sequencing lab was ordered by the Health and Medical Commission of Hubei Province to destroy it’s coronavirus samples.

The destruction of evidence went on to be cited in a dossier compiled by Western intelligence agencies, which pointed to “virus samples ordered destroyed at genomics labs, wildlife market stalls bleached, the genome sequence not shared publicly, the Shanghai lab closure for ‘rectification’, academic articles subjected to prior review by the Ministry of Science and Technology and data on asymptomatic ‘silent carriers’ kept secret”.