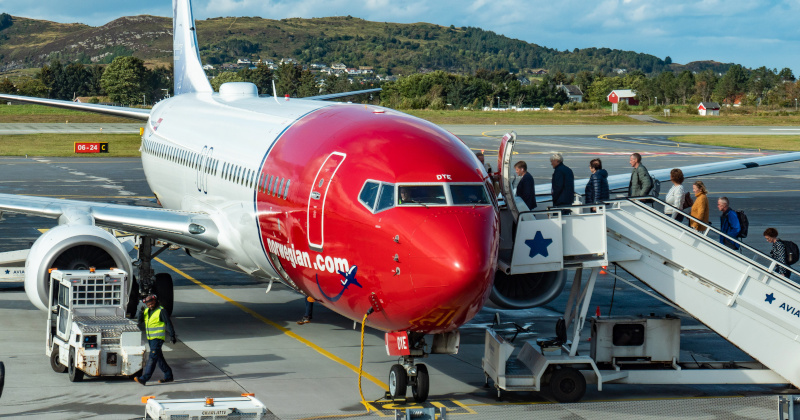 The Chinese government has become one of largest shareholders in deeply troubled Norwegian Air following a debt-to-equity plan.

The aircraft leasing firm BOC Aviation, which is headquartered in Singapore, is listed on the Hong Kong Stock Exchange and can be linked to the Chinese state via a long chain of ownership, now holds nearly 13 percent of all Norwegian’s shares. Via a series of firms and banks, BOC Aviation is controlled by China Investment Corp, which is wholly owned by the People’s Republic of China, the press-release said.

A dramatic debt restructuring, where leasing companies and lenders have taken over control of the company by exchanging liabilities for shares, has allowed struggling Norwegian Air, the country’s largest airline, to stay afloat and qualify for state loans.

The settlement, designed to save Norwegian from bankruptcy, was based on the plan that those who lease the aircraft in effect take over the company. BOC Aviation, which is currently the world’s ninth largest airline leasing company, owns over 360 aircraft from various manufacturers. Five of Norwegian’s latest Boeing 787 Dreamliner aircraft were delivered by BOC Aviation.

The major sell-out greatly relieved Norwegian’s bosses, as as the airline had already been struggling with heavy debt and nearly all flights are grounded due to the novel coronavirus. Wholly 92 percent of the company’s market capitalisation has been erased since the beginning of the year.

With the Chinese state as a major owner, the map of the Nordic aviation industry may be redrawn, especially in regard to traffic between Northern Europe and China, experts have warned.

Fredrik Sjöholm, a professor of international economics at Lund University, stressed that Chinese companies buying companies across the globe has been a familiar sight over the past decade.

“The problem with Chinese corporate acquisitions is that they have very strong ties to the Chinese state. And so there is no symmetrical game plan,” Sjöholm told Swedish broadcaster SVT.

However, the debt restructuring, completed this week, has pushed down the loan-to-value ratio of the troubled airline, which was a prerequisite for NOK 3 billion ($300 million) in loan guarantees from the Norwegian state.

Trade Minister Iselin Nybø confirmed that the state’s requirements had been met. “Norwegian has done an impressive job in getting lenders and creditors to increase their capital,” Nybø said, as quoted by national broadcaster NRK. She admitted that Norwegian Air, together with other airlines, is still facing “demanding times”, but the government hopes “a stronger Norwegian” will be able to deliver good airline services, even after the COVID-19 outbreak.

Founded in 1993, low-cost Norwegian Air is Norway’s largest airline and Europe’s fourth-largest. Despite being almost inactive at the moment, more commercial flights are due to take off as soon as the containment measures are relieved, at least within Norway’s borders.