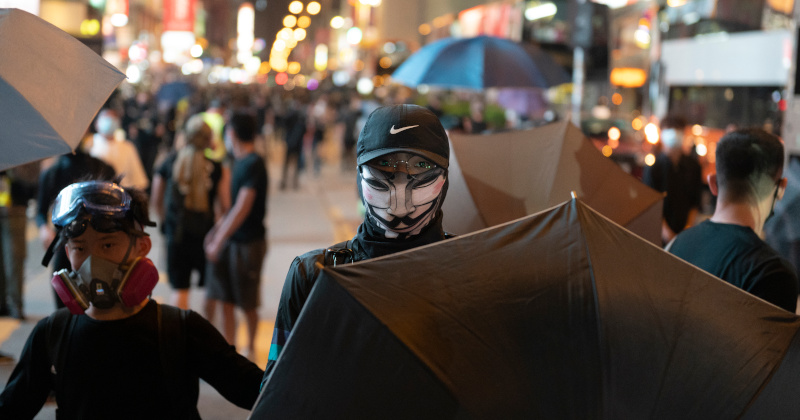 It’s only a matter of time before the Chinese Communist Party punishes Apple as the trade war escalates.

Late Tuesday night, China’s official newspaper, the People’s Daily, criticized Apple for allowing an app on its app store that tracks the movement of the Hong Kong Police Force.

Apple has “betrayed the feelings of the Chinese people” by approving the app HKmap.live, which crowdsources real-time locations of police in Hong Kong.

The People’s Daily said Apple shouldn’t provide apps for people conducting illegal activity, and it also questioned whether the US technology company was “thinking clearly.”

“The developers of the map app had not hidden their malicious motive in providing ‘navigation’ for the rioters,” The People’s Daily wrote. “Apple chose to approve the app in the App Store in Hong Kong at this point. Does this mean Apple intended to be an accomplice to the rioters?”

Apple is the latest US company to stumble into the firing line of the Chinese government in relation to supporting the protestors in Hong Kong.

On Tuesday, China’s state broadcaster, CCTV, canceled broadcasts of NBA games in China after Daryl Morey tweeted (then swiftly deleted) a message of support for the Hong Kong protesters.

The political crisis intensified last weekend when protestors took to the streets on Saturday and Sunday in another round of violent clashes with police.

Hong Kong Apple removed HKmap.live last Wednesday. A message on the app told users: “Your app contains content — or facilitates, enables, and encourages an activity — that is not legal . . . Specifically, the app allowed users to evade law enforcement.”

Apple’s resistance against China’s demands to stop aiding protestors will get it in trouble. As the US blacklists top Chinese technology firms on Tuesday and imposed visa restrictions on Chinese government officials, China could likely strike back at Apple.

Alex Jones breaks down the entertainment and media industries in America being taken over by the Chinese.