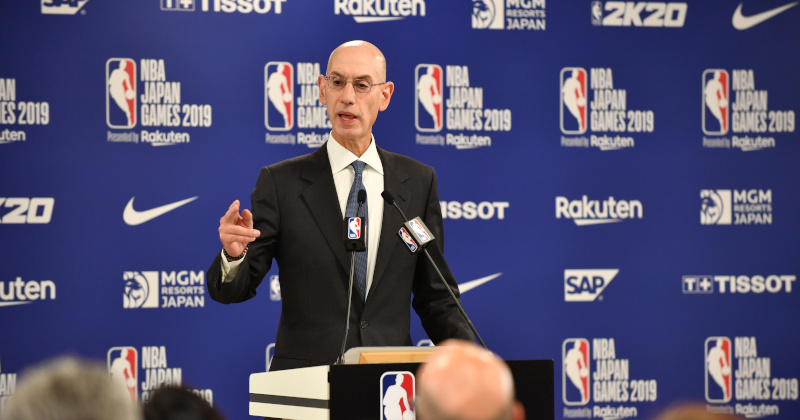 Adding yet another layer of conflict to the US-China relationship (in addition to trade tensions, there’s also Hong Kong and Taiwan, the South China Sea, etc.), China’s state broadcaster, CCTV, said it would end broadcasts of NBA games in China, ensuring that the spat that exploded out of nowhere when Daryl Morey tweeted (then swiftly deleted) a message of support for the Hong Kong protesters.

Despite the league’s insistence that Morey didn’t speak for either the Houston Rockets nor the NBA as a whole, Commissioner Adam Silver’s later defense of Morey (after coming under intense public and political pressure) and his right to freedom of expression inflamed tensions with Beijing.

And the Chinese state has decided to retaliate by effectively pulling the plug on the NBA in China, decimating viewership for one of the most popular leagues in the country. Every year, some 800 million Chinese watch NBA programming.

CCTV said in a Weibo post it won’t broadcast two NBA pre-season games, and is investigating “all cooperation and exchanges with the NBA,” which could lead to the cancellation of the entire 2019-2020 season, WSJ reports.

With the protests still raging in Hong Kong, the Chinese government is particularly vulnerable to offense right now. The issue is a “particularly sensitive” one, as a Bloomberg source pointed out.

“The issue of foreign support for Hong Kong protesters is particularly sensitive for Chinese officials, who have previously accused demonstrators of advocating independence, as well as seeking support from external governments, said Shen Dingli, a Shanghai-based international relations professor.”

After CCTV announced they are ceasing NBA broadcasts for threatening China’s sovereignty I poked around on Weibo for some reactions.

As the international relations professor quoted above pointed out, Beijing’s mentality is effectively this: If you want to do business in China, and make money in China, then don’t go around disrespecting China.

“The Chinese government has difficulty seeing foreign businesses doing business and making money in China while disrespecting China’s legitimate interests,” Shen said. “You have the right not to respect us, but we also have the right not to do business with these people. We don’t think we’re demanding something unreasonable.”

According to BBG, the fallout from the imbroglio has turned what was supposed to be a high-profile promotional week for the league in one of its biggest markets into a major PR disaster.

And the fallout is only getting worse: In China, celebrities and fans said they would skip exhibition games scheduled for this week featuring top stars like LeBron James, while an NBA charity event at a Shanghai school was cancelled.

The event was set to feature the Brooklyn Nets, a team that’s majority owned by Taiwanese-Canadian billionaire Joe Tsai, but it was cancelled, marring the start of a one-week tour through China for the team, the New York Post reported. Several Chinese sponsors have already suspended ties with the rockets, including sportswear maker Li Ning Co.

CCTV is a monopoly, so the NBA doesn’t make as much money selling broadcasting rights in China since it doesn’t have much leverage (in the US, bidding wars between the networks push up the price). But China is seen as a major growth market for the NBA, which recently made $1.5 billion auctioning off the digital streaming rights for China to Tencent.

To be sure, the NBA isn’t the first corporation that Beijing has leaned on since the protests in Hong Kong began. Hong Kong-based companies like Cathay Pacific Airlines faced what employees called a “white terror” of firings tied to evidence of support for the protests.

"Like the NBA, we welcome the Chinese censors into our homes and into our hearts."

South Park is being censored in China because of an episode criticizing Hollywood for catering to Beijing pic.twitter.com/4Zb4nm9HNO

As we pointed out yesterday (Bloomberg is highlighting it again on Tuesday), South Park’s criticism of the NBA and Hollywood is feeling incredibly prescient today. 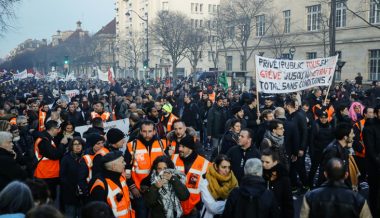 Epstein Trafficked Girls As Recently As 2018 – Some As Young As 11, According To Lawsuit By Virgin Islands AG