A false story published by Forbes yesterday which claimed that China’s commercial banks had been instructed to suspend cash transfers played into very real fears about bank runs and capital controls that are sending chills through the market.

The original article by Forbes’ Gordon Chang, now deleted, claimed that, “The People’s Bank of China, the central bank, has just ordered commercial banks to halt cash transfers,” with specific reference to to Citibank’s Chinese branches.

Citibank China Customer Service soon dismissed the story, leading China Compass to report, ” The PBOC has not—repeat not—asked Citibank to stop customers from wiring funds. Customers can still log on to their account to put in fund transfer requests at any time. The receiving bank (non-Citibank) will process the funds to be transferred on the next business day, as it always does. Because of the Lunar New Year break, the next business day is Friday Feb. 7. This is no different from the practice of banks throughout the world. Chang’s understanding of Chinese culture evidently does not extend to the timing of bank holidays.”

In reality, cash transfers are not being suspended, they are merely being delayed as is normal due to the Chinese spring festival bank holiday.

Despite the story quickly being dismissed as inaccurate, it caused jitters throughout the market, leading analyst Dennis Gartman to make an impromptu appearance on CNBC during which he drew attention to the gravity of the (false) news that China has “suspended remittances of Renminbi.”

The story resonated because it was preceded by the very real piece of news that HSBC had instituted a policy change that would restrict large cash withdrawals by its customers.

As the BBC reported, customers attempting to withdraw £5,000 or more of their own money are being told they need to provide written documentation of what it will be used for, a new form of capital control that has prompted a wave of complaints.

As we reported back in November, Chase Bank also recently imposed restrictions which prevent its customers from conducting over $50,000 in cash activity per month, as well as banning business customers from sending international wire transfers. Financial expert Gerald Celente said the news was a sign that Americans should prepare for a bank holiday.

Questions were already being asked of Chase after an incident last year when customers across the country attempted to withdraw cash from ATMs only to see that their account balance had been reduced to zero. The problem, which Chase attributed to a technical glitch, lasted for hours before it was fixed, prompting panic from some customers.

In November it was also reported that two of the biggest banks in America were stuffing their ATMs with 20-30 per cent more cash than usual in order to head off a potential bank run if the US defaults on its debt. 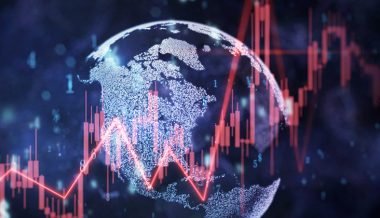