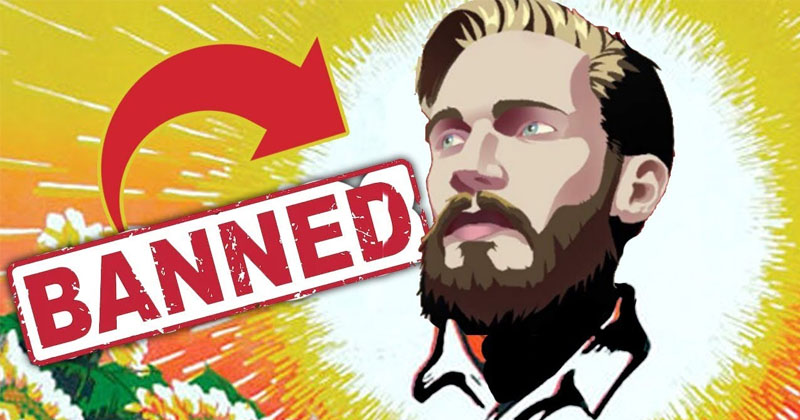 Top YouTube personality PewDiePie has been censored in China after condemning the Communist regime’s oppressive tactics against the Hong Kong protesters and criticizing American companies willing to appease them at the expense of American values.

“Someone from NBA tweets something saying I support Hong Kong and then NBA is like—oh god we need Chinese money, so…it just spirals out of control,” Kjellberg said in the video.

“Obviously China is like that one person on Twitter that can’t take any criticism and just blocks everyone,” the Swedish YouTuber added.

The Epoch Times reported that soon after the Oct. 16 video dropped, all information about PewDiePie “disappeared from China’s largest internet forum Baidu Tieba, a platform similar to Reddit. The forum is hosted by Baidu, China’s leading search engine.”

PewDiePie is the second most popular YouTube channel, with more than 101 million subscribers.

“Well boys, we did it. I’m banned from China,” PewDiePie said in a follow-up video released Saturday. “That’s right. After I spoke about the Hong Kong protests and showed their leader being mocked as looking like Winnie the Pooh, I got banned from China.”

Silver said that the media coverage of the NBA’s response to Morey’s tweet “frankly was confusing to me when I got home. Only because I had thought we’d taken a principled position. I thought we hadn’t so-called acquiesced to the Chinese.”