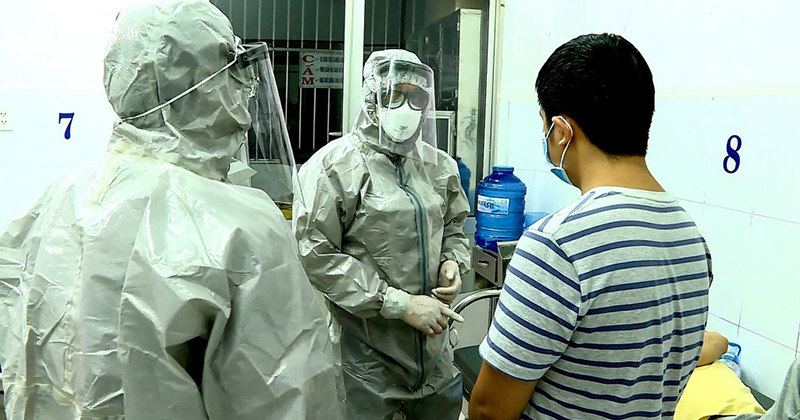 The Shanghai Municipal Health Commission has claimed that the first patient since the beginning of the deadly outbreak has been cured and discharged from hospital.

A 56-year-old woman locally identified as “Chen” was said to have been cured from the illness.

The patient was reportedly released from quarantine after further examinations to prevent the spread of infections.

Chen was a resident of Wuhan–the city where the Coronavirus originated–for several years, according to RT.

She reportedly felt flu-like symptoms on January 10 before being admitted to hospital on January 12.

Tom Pappert reveals why Xi Jinping is not the “amazing glorious leader” that Xi pretends to be!

After nearly two weeks under medical care, she has now been released, cured from the disease, it has been claimed.

The Express also published claims from Chinese doctors indicating that trial runs with an HIV wonder drug have “somewhat successfully” stopped the spread of the disease to cells.

The study concluded that “Nelfinavir could decrease the production of virus from cells”.

Since the intercontinental spread of the disease–which has now claimed 26 lives and has infected hundreds of others–35 million people are currently on lock down and five entire cities are quarantined.

In Wuhan local authorities have hemorrhaged funds in order to counter the deadly virus.

Emergency facilities are currently being built in the city to cater for the demand from sick patients.

Viral videos on social media have brought scenes of horror to a global platform, showcasing frustrated and exhausted doctors, on the one hand, and critically ill patients unable to receive adequate care in a timely manner, on the other.

Additionally, stories and videos illustrating bizarre dietary habits of certain Chinese diners have also circulated social media as it is believed the virus originated from a non-farmed animal food source.

Despite the reports from Chinese authorities, several other events emerging from China have reduced the credibility of these hopeful claims–perhaps in an effort to reduce public fears over the possibility of an epidemic.

Official bodies such as the World Health Organization and the Center for Disease Control have yet to confirm reports of a successful cure.