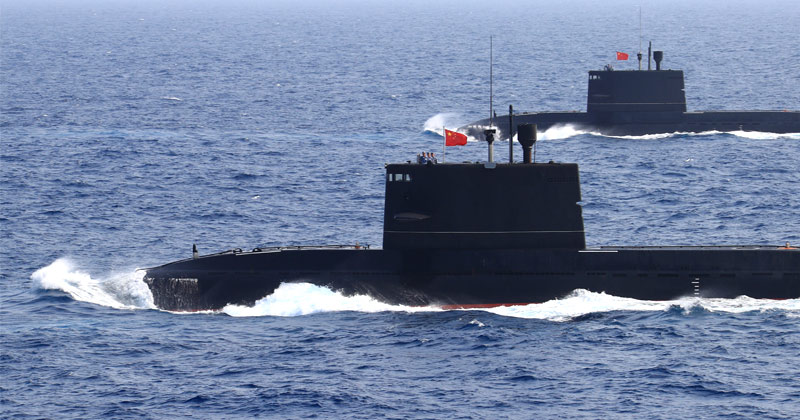 China is developing artificial intelligence for its military as part of its shift to “algorithm superiority” in warfare.

A Chinese military newspaper said the People’s Liberation Army wants to take large data sets and plug them into algorithms for “war-fighting intelligence.”

“Through gunpowder smoke in war, we can perceive that today, war fighting has evolved from bloody struggle for storming castles and capturing territories in the uncivilized and barbaric age into information-driven precision decapitation operations and intense contests in the domain of high intelligence,” wrote Li Minghai of the PLA’s National Defense University. “…In future warfare, the force that enjoys algorithm superiority will be able to rapidly and accurately predict the development of the battlefield situation, thus coming up with the best combat-fighting methods and achieving the war objective of ‘prevailing before battle starts.’”

At the core of the PLA’s proposed “algorithm superiority” is quantum computing, a still-infant technology which could theoretically run circles around today’s computers by utilizing the ability of subatomic particles to exist in more than one state at any given time.

Some have even speculated that parts of the human brain work much like a quantum computer, which gives context to this idea of “battlefield AI.”

“It is quite possible that the advanced abilities of our own human brains like processing information and making decisions come from quantum calculations,” stated a Fossbytes article.

“An AI assist could help commanding officers estimate the risks and benefits of certain combat maneuvers, even suggesting moves not considered by the vessel’s captain,” the paper stated. “China’s military wants the new AI technology to deliver on certain basic demands, according to the researcher.”

The owner of a naval technology firm warned that the US could fall behind on battlefield AI.

“Our commanding officers would be fighting an opponent who could make faster, more informed, and better decisions,” wrote Joe Marino of Rite Solutions. “Combined with undersea technology advancements by near-peer competitors such as Russia and China in areas such as stealth, sensors, weapons, this ‘cognitive advantage’ could threaten U.S. undersea dominance.”

Kaitlin Bennett asked bundled-up Floridians about the record setting cold and if a Green New Deal is the way to combat “climate change.” Even libs think a 70% tax is crazy!