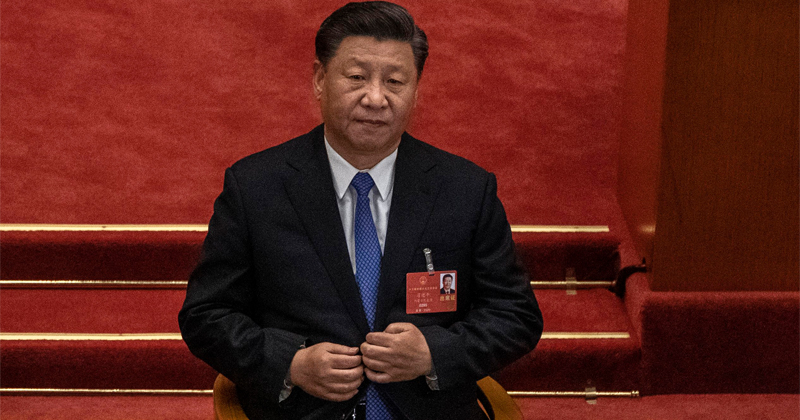 George Floyd was killed in Minneapolis last week when a police officer used brutally excessive force to arrest him.

It was the latest in a string of high-profile cases nationwide in which citizens, most of them African Americans, died from reckless police force.

The U.S. is torn apart over the national mass quarantine. Liberal blue states accused red restart states of recklessly endangering national health by allowing their populations to go back to work before the virus has left.

Red states countered that blue states were hypocritical in wanting federal money to subsidize their locked-down residents while expecting other states to generate needed federal revenue. They also contended that there was no longer scientific evidence to justify the lockdown.

The nationwide protests and rioting have inadvertently adjudicated the issue: States cannot jail the law-abiding barber who wears a mask at work but allow the arsonist without one to roam the streets burning with impunity.

There is mounting evidence that an array of federal officials had plotted to disrupt Donald Trump’s 2016 campaign and his presidential transition, leaving Trump supporters furious.

Meanwhile, likely Democratic presidential candidate Joe Biden is sequestered in his basement. He often appears confused. Yet Biden seems content that the more people do not see or hear him, the more they like the idea of him as president. Indeed, the more inert Biden has become, the more his poll numbers have risen against Trump and his tweeting.

As the U.S. protested and bickered, China attempted to strangle what was left of Hong Kong’s enfeebled democracy. China’s theory seemed to be that if it’s going to be blamed for the spreading virus due to its deceit anyway, it might as well not let such a pandemic go to waste.

The Chinese strategy in reaction to disclosures that it hid vital data about the virus and exposed the world to contagion while it quarantined its own cities has devolved from “So what?” to the current “What exactly are you going to do about it?”

China also decided to ramp up its perennial border confrontations with India, as its forces encroached on Indian soil in the Himalayas. What better way to show the world that a defiant China is dangerous than agitate the world’s largest democracy?

Beijing has warned European nations that if their independent media continued to condemn China, there could be commercial retaliation. A few European journalists still exposed Chinese deceit, even as shaken EU leaders backtracked and tried to contextualize Chinese misbehavior.

Japan and South Korea worried that China might move on Taiwan. They knew that if China did, only the United States — convulsed by quarantines, riots, and a contentious presidential race –could stand up to Beijing.

For years, China has bullied and waged a virtual commercial war against Asian democracies such as Japan, South Korea, India, and Australia. It has subverted almost all international trading norms.

The Chinese government assumed that Western elites would get rich by being complicit in China’s cheating and would thus help sell out their own countries. They were mostly right on both counts.

As China westernized its economy, it conned gullible Western officials that eventually it planned to become a useful member of the family of nations.

In truth, China strategically hoarded cash from its asymmetrical trade surpluses. It planted its functionaries throughout transnational organizations and subverted them. It beefed up its military and planted island bases in international waters. It compromised strategically important nations by investing in their infrastructure through its neo-colonial and imperialist multitrillion-dollar Belt and Road initiative.

China may have been forced by the global epidemic to give up its nice-guy facade. But it has insidiously pivoted from global friend to its new role as overt global villain. If the world had been anxious over the intentions of a suspiciously nice China, it will become downright terrified of an overtly hostile China.

In other words, China is not wasting the disaster of the Wuhan outbreak. It once gained a lot by faking friendliness, but now it seems to think it has no choice but to get even more by being authentically belligerent.

As part of the about-face, China no longer flatters the West in passive-aggressive fashion, but rather shows its disdain for a weak Europe and an increasingly divided U.S.

While America tears itself apart with endless internal quarreling and media psychodramas, while Europe appeases its enemies, and while the rest of Asia stays mute, waiting to see who wins, China is now on the move — without apologies.