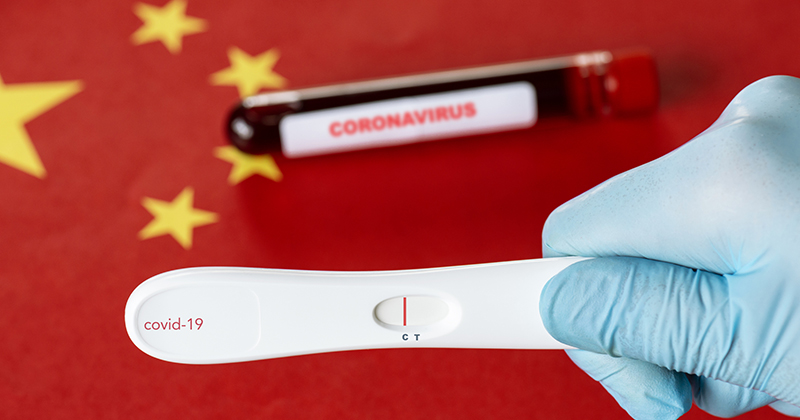 Several countries have reported faulty or contaminated equipment from China to combat the deadly coronavirus which also originated in China.

A range of products have been delivered to countries overwhelmed by the global Covid-19 pandemic from China.

However, the gesture and goods haven’t quite passed the bar in some cases.

The Australian Border Force seized around 800,000 defective facemasks worth around $12m AUD.

From lies about ventilator shortages to nurses being forced to wear garbage bags, here’s this weeks list of lies the media has pushed in an attempt to scare the public and make President Trump look bad.

National File recently reported on a viral video of a Chinese factory worker snickering as he rubbed facemasks on his shoe.

The UK reported of Covid-19 testing kits sent from China found to be contaminated with the coronavirus when they were being surveyed by a Luxembourg-based company.

The delivery of the kits were delayed by the contamination.

The first batch, of around 9,000 kits, found that only 30% tested the patients for the virus with reliable accuracy–even though an 80% level of accuracy was expected, according to the New York Times.

The head of Spain’s public health emergency department Fernando Simon said: “Spain obtained several providers and supply routes. The first one sent a batch of 9,000 tests that were validated at the National Center of Epidemiology and some hospitals (in Madrid).

“The specifications of the batch did not match up with the certification of quality that came with it, which meant they had to be returned and the company will change them.”

The Netherlands was forced to recall around 600,000 China-made masks as they failed to meet specifications. The Czech Republic also reportedly returned sub-par Chinese equipment–some of which was diverted from Italy–designed to help battle the pandemic.

China has struggled to meet standards as they scramble to reach global demand for protective, medical equipment to help stifle the spread of the deadly coronavirus.

Over 900,000 people worldwide have tested positive for the coronavirus, with more than 46,000 deaths recorded.