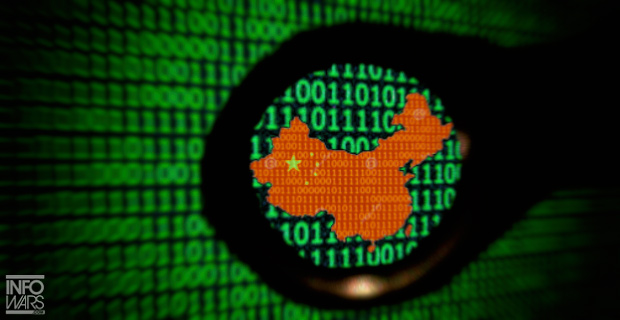 Update 9/10/20: Infowars and its associated video sites are still getting hit with massive attacks from China in an attempt to shut us down.

It’s very likely this is a beta test for trying to black us out during election night as voter fraud is the only plausible way for Joe Biden to win, given the severe lack of voter enthusiasm for the Democratic candidate. The Chinese government has much to gain from removing President Trump from office, as do other globalist-oriented, international entities. Expect similar news sites to also be targeted.

Now it’s more critical than ever to support independent, pro-America media as the United States faces an existential threat that, if left unopposed, will destroy American culture forever.

Overnight, Infowars.com joined InfowarsStore.com on the receiving end of a DDoS (Distributed Denial of Service) attack.

The goal of this type of attack is to take down the web servers that are running the website, rendering it inaccessible to anyone trying to visit it.

Over 18 million requests were detected in the past 12 hours, with the majority of those coming from IP addresses within China.

Additional attacks are coming in from India, Poland, Thailand, Iran, Columbia, Bangladesh, Russia – and some from within the United States.

For years, China has been behind attacks on countries around the world, from a surge in cyber attacks against Australia in 2020, to attempting to hack in and steal COVID-19 research data from US labs.

The latest attack on Infowars is yet another example of Communist China’s alliance with the left to censor and shut down free speech, attempting to expand their system of control beyond their own borders.

While your data is encrypted and secure, this aim of this attack is to take Infowars offline and stop the spread of our broadcasts.

Tech giants in the US have not only censored Infowars, they are working hand in hand with Communist China to shut down free speech and implement systems of control across the globe.

Your support of Infowars at this time is more crucial than ever.

Share links to the articles and videos with your friends and family, and support us by making a donation or purchasing products at InfowarsStore.com with the Save Infowars Save The Republic Save Yourself Super Sale.

Your data remains secure and encrypted, and your support is essential at this time.