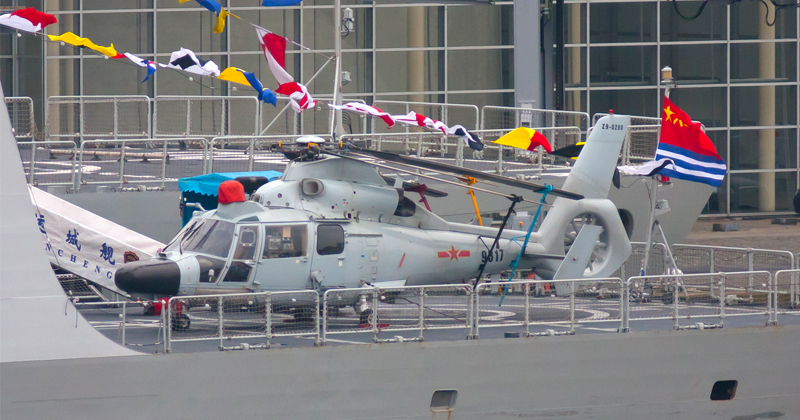 Following last week’s State Department approval of the sale of $2.2 billion in arms to Taiwan, China’s Foreign Ministry confirmed Monday that it will follow through on threats first made days ago to impose sanctions on American companies selling arms to Taiwan.

Crucially this confirmation came simultaneously to provocative new military exercises off China’s southeast coast, near Taiwan, which involved the People’s Liberation Army (PLA) navy and air force. Downplaying the maneuvers, the PLA described the drills as “a routine arrangement according to (our) annual plans.”

“China’s government and Chinese companies will not cooperate or have commercial contacts with these U.S. companies,” Chinese Foreign Ministry spokesman Geng Shuang told a daily news briefing. He was responding to potential US sales to Taiwan of M1A2T Abrams tanks, Stinger missiles and related equipment at an estimated value of $US2.2 billion, despite longtime vocal Chinese criticism and threats.

“I can’t reveal the details at the moment. But believe this – Chinese people always stress standing by their word,” the foreign minister added. Though few details have been revealed, a handful of American defense companies have been named among the first targets of Beijing’s promised impending sanctions, including General Dynamics, Raytheon co., Honeywell, Oshkosh Corp., and the Pensylvania operations of BAE Systems.

On Sunday, the ruling Communist Party’s official People’s Daily posted an article on its WeChat account identifying U.S. companies that could be vulnerable to sanctions.

They included Honeywell International Inc (HON.N), which makes the engines for the Abrams tanks, and private jets maker Gulfstream Aerospace, which is owned by General Dynamics. China is an important market for both Honeywell and Gulfstream.

Beijing has condemned such arms transfers as a violation of international law and an aggressive assault on China’s sovereignty and national security. On Friday Chinese Ambassador to the US, Cui Tiankai, warned that any US government to “split” Taiwan from China would be met with a decisive and fierce response:

#Taiwan is part of #China. No attempts to split China will ever succeed. Those who play with fire will only get themselves burned. Period.


Since at least the beginning of the year, President Xi has warned that ‘reunification’ between Taiwan and the mainland is inevitable, and hinted that Beijing wouldn’t hesitate to attack any foreign power that tries to stop China. In response, Taiwan’s President Tsai Ing-wen has insisted that the people of Taiwan would ‘never’ tolerate rule by the Communist Party, and insisted that the island’s military would fight.

As we noted previously, when it comes to tail risks that could cause WWIII, simmering tensions around Taiwan and Beijing’s increasingly belligerent rhetoric probably rank as one of the most probable, with the US trade war to boot. China’s foreign minister had warned on Friday that the US must stop “playing with fire.”

“We urge the US to fully recognize the gravity of the Taiwan question … [and] not to play with fire on the question of Taiwan,” he said. Indeed it’s a fire that could soon flare out of control centered on the decades-long Taiwan question.

The Fight For Freedom In America Is Happening Now

The fight for the future is now and Alex Jones wants YOU to join the fight!