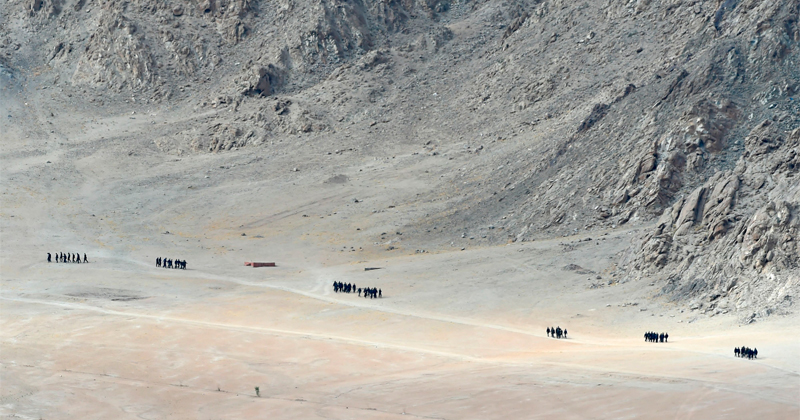 China and India have moved their soldiers away from the site of a deadly June skirmish along the disputed border in the Himalayas, reports say. The news comes a day after senior officials agreed to expedite mutual disengagement.

Chinese soldiers have moved their tents and other structures away from the site of the bloody melee in the Galwan River valley that took place last month, Indian media reported, citing official sources. Indian troops are said to have pulled back as well, and a buffer zone was set up between the soldiers from both sides.

Indian military sources told AFP that the disengagement of the Chinese troops began in accordance with the agreement reached during talks between high-ranking army officials from both countries.

Chinese Foreign Minister Wang Yi discussed the situation along the border with Indian National Security Advisor Ajit Doval over the phone on Sunday. They agreed to ensure the mutual disengagement of troops along the de facto border as soon as possible.

The neighbors have a longstanding border dispute in the Himalayas, and tensions occasionally lead to standoffs and skirmishes in the area, where both countries maintain a network of outposts.

The heightened situation began escalating in May and culminated in a dramatic June 15 melee, during which 20 Indian soldiers were killed.

Beijing acknowledged that there were casualties on both sides but stopped short of releasing any numbers.