“The world is diverse and there should be limits on press freedom,” read the editorial by Paris bureau chief Ying Qiang. “Unfettered and unprincipled satire, humiliation, and free speech are not acceptable.”

Such a remark is par for the course for China’s state media, which rarely miss an opportunity, no matter how distasteful, to trumpet the Communist Party line. But, pointedly, the Paris attacks on the satirical Charlie Hebdo and on a kosher supermarket resonated with recent events in China. Over the past year, clashes between China’s majority Han and its ethnic Uighur population have escalated. On Monday, a government website located in Xinjiang reported that police killed six Uighur men who had attacked them with axes. And in September, following explosions that killed six police in Xinjiang, an ensuing riot led to police killing 40 people. Most spectacularly, masked militants armed with swords and knives entered a train station in Kunming, a regional capital in southwest China, and stabbed 30 people to death.

The perpetrators of the Paris attacks were French-born of Islamic origin, part of the country’s five-million-strong Muslims who have struggled to assimilate into French society while maintaining their cultural heritage. The French government famously restricts when and where French women can wear headscarves, a regulation that critics claim robs the country’s minority population of their identity. Likewise, the Chinese government has imposed similar restrictions on Islamic dress among its Uighur population, most recently by banning full-length burqas in Urumqi, Xinjiang’s capital city. The ban followed a similar restriction imposed in Karamay, a smaller Xinjiang city, that forbids religious wear on public transportation.

But China’s repression of its Uighur population goes well beyond similar French measures. Officials in Xinjiang have placed the Chinese flag inside mosques throughout the region, and have restricted many faithful (including children under the age of 18) from entering mosques at all. The Chinese government has also clamped down on bilingual education in the region, placing Uighur people—for whom Mandarin is not a first language—at a competitive disadvantage. “A lot of ethnic minorities in Xinjiang, as in Tibet, feel that the Chinese government is practicing a form of cultural genocide,” said Julia Famularo, an expert in the region at Project 2049, a think tank in Washington, D.C. 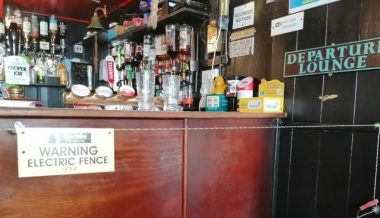