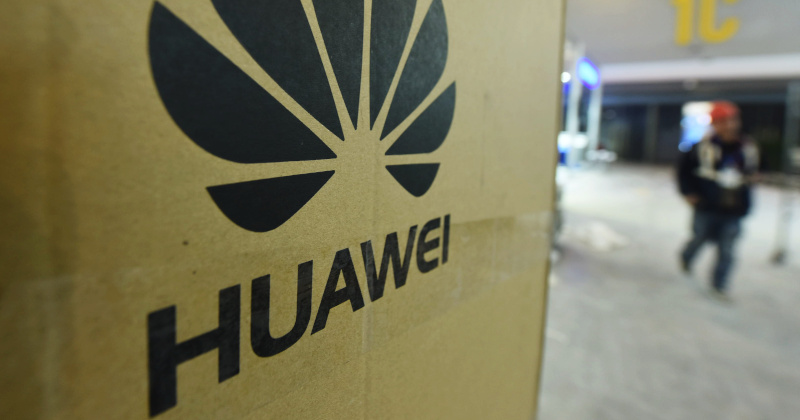 In a potentially stinging blow to US computer makers such as Dell, HP and Microsoft, and an ominous development for all those who think the US-China trade war is about to come to an end, the FT reports that Beijing has ordered all government offices and public institutions to remove foreign computer equipment and software within three years.

While the US has been extremely vocal over the past year about banning US companies from using Chinese technology, mostly emerging from the Huawei ecosystem, the directive is “the first publicly known instruction with specific targets given to Chinese buyers to switch to domestic technology vendors” and is meant to echo efforts by the Trump administration to curb the use of Chinese technology in the US and its allies.

The order is said to have come directly from the Chinese Communist party’s Central Office earlier this year.

Additionally, the FT notes that the move is part of a broader campaign to increase China’s reliance on home-made technologies, “and is likely to fuel concerns of “decoupling”, with supply chains between the US and China being severed.”

The big irony here is that it was IBM’s sale of its PC group China’s Lenovo in 2004 that allowed China to develop its own PC architecture and supply chain, and effectively reverse engineer US dominance in the PC sector.

Quoting analysts at broker China Securities, the FT notes that some 20-30 million pieces of hardware will need to be swapped out as a result of the Chinese directive, with large scale replacement beginning next year.

The 3-5-2 policy is part of a drive for China’s government agencies and critical infrastructure operators to use “secure and controllable” technology, as enshrined in the country’s Cyber Security Law passed in 2017.

But unlike previous pushes for self-sufficiency in technology, recent US sanctions have added urgency to the project, said Paul Triolo of consultancy Eurasia Group.

“China’s 3-5-2 programme is just the tip of the new spear,” said Mr Triolo. “The goal is clear: getting to a space largely free of the type of threats that ZTE, Huawei, Megvii, and Sugon now face,” he added, naming some of the Chinese companies that over the past two years have been blocked from buying from US suppliers.

Needless to say, if executed, such a drastic move by China would lead to massive lost revenue.

How much? According to analysts at Jefferies, US technology companies generate as much as $150 billion a year in revenues from China, although much of that will come from private sector buyers.

Still, it’s probably just a matter of time before Beijing expands the rule to all Chinese organizations, both public and private, especially since in China there is no such thing as purely private sector.

To be sure, Beijing faces an uphill battle as the proposed pace of replacement is extremely ambitious. Government offices already tend to use Lenovo’s desktop computers, following the company’s acquisition of US giant IBM’s personal computer division.

Meanwhile, analysts say that it will be difficult to replace software with domestic alternatives, since most software vendors develop products for popular US-made operating systems such as Microsoft’s Windows and Apple’s macOS.

And although Microsoft did produce a “Chinese Government Edition” of Windows 10 in 2017 with its Chinese joint venture, Chinese cyber security firms now say government clients must move to entirely Chinese-made operating systems.

The other problem is that organic Chinese replacements don’t really exist yet: “China’s homemade operating systems, such as Kylin OS, have a much smaller ecosystem of developers producing compatible software.”

Defining “domestically made” is also challenging. Even though Lenovo is a Chinese-owned company that assembles many products in China, its computer processor chips are made by Intel and its hard drives by Samsung.

The take home message here is that US PC and software giants are about to lose billions in sale to Chinese customers, a move that will infuriate Trump who will, correctly, see such attempts to isolate the Chinese PC market from US vendors.

Meanwhile, as China seeks to onshore its reliance on US computers and operating systems, we are confident that Bloomberg’s Terminal sales in China are safe and sound.

After all, recall that in the aftermath of Bloomberg reporter Mike Forsythe and Ben Richardson quitting the media empire over a censored China story, Bloomberg LP chairman Peter T. Grauer said publicly that the company should have reconsidered publishing critical articles about Chinese President Xi Jinping because they harmed Bloomberg’s bottom line.

In other words, when it comes to Bloomberg’s integrity, there are two key loopholes: coverage of Mike Bloomberg’s own affairs, reporting on Bloomberg’s democratic competitors in the presidential primary and, of course, coverage of China.

A social worker shares her firsthand account with The Alex Jones Show about dealing with a homeless man who was threatened with prison in order to force him to take a microchip implant.