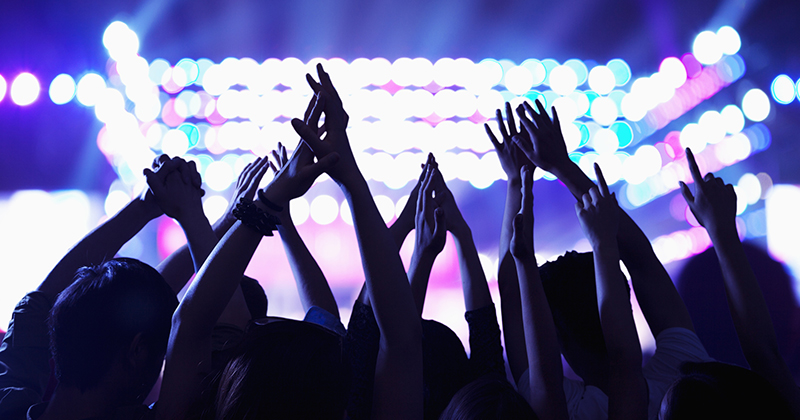 A few weeks ago, we joked that the people of Wuhan were ‘partying at ground zero’ when a story about a massive pool party to celebrate the end of the SARS-CoV-2 outbreak went viral around the world, eliciting frustrated reactions from public officials and social-distancing-obsessed “Karens”.

But unlike in the US – where college party goers are being preemptively “scapegoated” while schools defy experts and “science” by sending sick students home en masse since they simply don’t possess the will or, perhaps, the competence, to quarantine them on campus – the Communist Party defended the pool party by arguing that it was a much-needed release for the people of Wuhan.

After suffering through one of the first, and most restrictive, global lockdowns, the people of Wuhan have defeated the virus, a party spokesman said. The party was one of their rewards.

Owen Shroyer breaks down this sharp take on the Covid hoax in a conversation with a caller on the Sunday September 6th 2020 edition of Election Countdown. The point hits so hard and the caller is so on point that we decided to post the caller segment in it’s entirety.

Now, the Financial Times is reporting on the return of the nightlife scene in China. Revelers have returned to China’s nightclubs and bars at a faster pace than perhaps anywhere else in the world.

In the US, bars and nightclubs have been closed and blamed for causing the outbreak across the Sun Belt that peaked over the summer. South Korea has also blamed its nightlife for an outbreak that, as it turned out, was largely the result of tests picking up asymptomatic people who were infected elsewhere.

But in Beijing, partiers have reverted to the pre-pandemic tableau: bars are tightly packed, with revelers wearing little in the way of clothing, and no masks.

The procedure is simple. Revelers must use their smartphones to show their COVID-19 testing status is negative. Then they’re temperatures are taken, before being allowed in. Once inside, they can rest assured that the odds of being infected are minuscule. When asked, several revelers told the FT they felt like they had earned the “freedom to party”.

Analysts of the middle class in China have also bandied about the term “revenge spending”, even as China’s economic collapse was even worse than expected.

“From restrictions [on movement] and shop closures to no restrictions and shops opening, there’s [going] to be a big rebound,” said Tao Wang, chief China economist at UBS in Hong Kong. But while many middle-class professionals are engaging in “revenge spending” after months of being unable to splash the cash, lower-income workers are still suffering.

Economists say China’s economy is stuck in two-track growth, widening the wealth gap. The most conspicuous sign of the return to confidence in China was the giant pool party held last month in Wuhan, the city where the outbreak originated.

One western expert said China’s heavy handed response to the outbreak is one reason its people can enjoy these relatively friction-less events.

Susan Michie, professor of health psychology at University College London, said that for China to have this level of social life whilst keeping transmission low suggested they had the right protective measures in place and a good “test, trace and isolate” system.

“It is a fascinating potential insight into how we could do things differently [in western countries],” Prof Michie added. After Ms Lee returned from the Beidaihe festival, she talked to friends in the US whose lives have still not returned to normal. “Our relative recovery is a result of the strong-handed measures China took, after realising it got it wrong in Wuhan to begin with,” she argued. “It was the right approach.”

As far as the international outcry caused by the Wuhan pool party goes, with many claiming the party was particularly “disrespectful” since China is responsible for allowing the pandemic out of the gate, one party official told the FT that the rest of the world was just jealous.

Mr Luo said he was aware of “bitter comments” from those outside China questioning why people in Wuhan were able to party when they still had to abide by strict social distancing guidelines. There was also resentment on Chinese social media from residents of other cities — some of whom blame Wuhan for its first outbreak. “I think they just can’t make peace with the fact that we Wuhan people are back on our feet,” Mr Luo said. “We’re entitled to a little fun in life, after what’s happened.”

With China’s official infection numbers so low that the outbreak is officially over, China’s young are apparently sufficiently emboldened, and eager to enjoy themselves. It’s almost as if they’ve already been vaccinated…