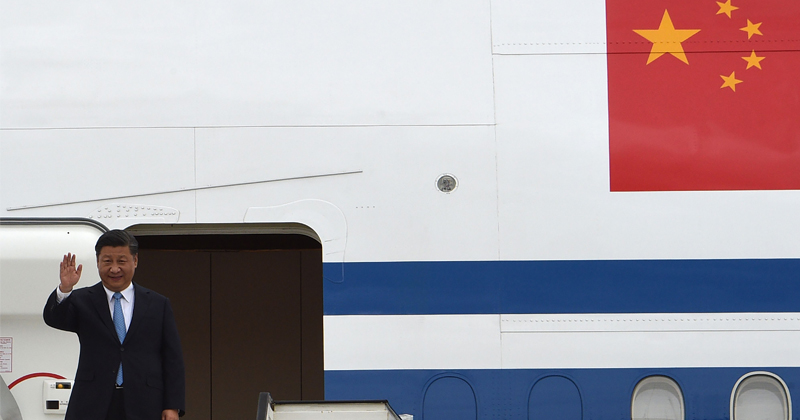 China is set to expand its bond market through a record sale of sovereign bonds in dollars, according to Bloomberg sources.

The size of the issuance would be more than double last year’s size, and triple the amount from 2017.

“The size is twice what it was last year, that just speaks to the fact that the past two years have been perceived as successful by the Ministry of Finance,” a banker working on one of the dollar bond deals told The Financial Times. He added that previous offers were “not enough to match demand.”

The Chinse dollar bond market is valued at around $740 billion, according to Bloomberg data, and is an important funding source for domestic borrowers.

China Is Telling Us What We Can Say In America

Alex Jones breaks down the entertainment and media industry in America being taken over by the Chinese.

Dollar bond demand from Chinese borrowers has been elevated in 2019, so far there has been $195 billion in recorded issuances, already surpassing levels seen in 2017 at $211 billion.

At least 53% of the dollar bonds issued this year have been investment-grade securities and 38% high yield notes.

Property developers have been a huge source of demand for the dollar bond market this year with at least $78.5 billion of the issuances.

Becky Liu, head of China macro strategy at Standard Chartered Plc in Hong Kong, told Bloomberg that China is expanding its dollar bond market for companies to have ample funding amid periods of uncertainty:

While China has the world’s second-largest bond market, in some ways it remains relatively underdeveloped, according to Becky Liu, head of China macro strategy at Standard Chartered Plc in Hong Kong. The country is still building out a domestic institutional investor base such as the pension funds and insurers that are a major feature overseas. Banks are the main holders of bonds onshore. “There is a good number of companies that do not have a funding channel at home,” Liu said. That’s why even domestic-focused enterprises can tap the dollar-debt market, she said.The record China sale isn’t huge relative to some other sovereign issues. Italy sold $7 billion of dollar bonds last month. Argentina sold $9 billion in January 2018.

And it makes sense why China is ramping up its dollar borrowing because once it displaces the dollar as a reserve currency with yuan, it would be cheaper to repay dollar debt as the dollar is crushed into oblivion. China is playing the long game.

Bill of Rights under assault.