China practiced taking down websites deemed harmful to the state in cohorts with internet service providers ahead of a political reshuffling of the Communist Party later this year.

Internet data centers were ordered by the Chinese government to participate in a three-hour drill Thursday to refine their “emergency response” skills, Reuters reported.

The drill was scheduled “to step up online security for the 19th Party Congress and tackle the problem of smaller websites illegally disseminating harmful information,” China’s Public Ministry said in a statement.

The drill ordered internet data centers to practice shutting down target web pages and report contact information, IP address and server information of the affected website to the police.

China has been honing in on its censorship capabilities, including cracking down on VPNs used to bypass internet censorship in a bid to upgrade their so-called Great Firewall.

Censorship and restriction of speech by the Chinese government is nothing new.

Just last month, Chinese authorities blocked all images and references to Winnie the Pooh due to Chinese bloggers mockingly comparing him to China’s President Xi Jinping.

The Chinese government wants not just total control of the internet, but also influence in the media and entertainment industries.

China has also bought a majority stake in Cinedigm Corp., a media production company that creates shows for Netflix and other outlets, to control the content of TV shows and movies in their domestic market.

And China has bought up major stakes in several Hollywood studios in a bid to influence the perception of the Communist state for American and global audiences.

Their gradual takeover of the entertainment industry is already bearing results, as Michael Bay is set to direct the film ‘Little America,’ a dystopian thriller where America is so bankrupt that China comes in to settle its debts.

These actions are hallmarks of an authoritarian government that wants nothing more than complete control of the flow of information, and the ability to wipe out any content that may disagree with their Communist ideology. 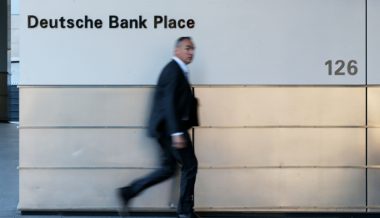