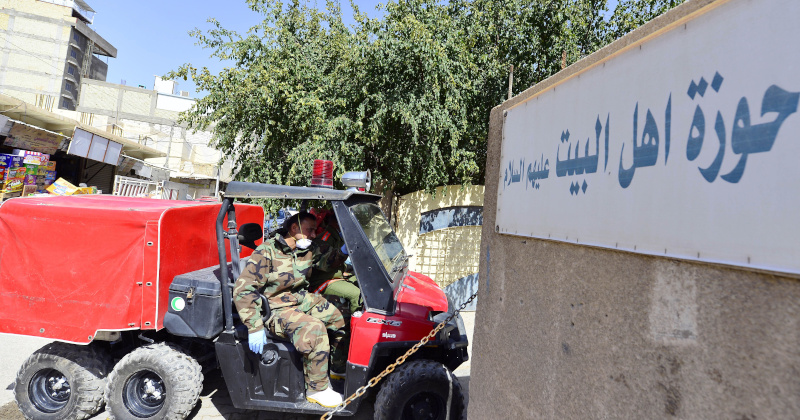 After long facing criticism from world leaders and health officials over its slow response to coronavirus and lack of transparency, China is going on the offensive, tackling Covid-19 outside of its own borders with a continued focus on the Middle East, after last month sending a team to the hard hit country of Iran.

For the first time Beijing has sent a team of experts to Iraq to advise the government in Baghdad. The team consists of seven specialists from the Chinese Center for Disease Control and Prevention who arrived in Iraq on Saturday, which will further assist with testing, prevention and treatment for patients.

Iraq has thus far confirmed at least 54 cases and four deaths from the virus, according to Iraqi Ministry of Health numbers.

Deputy Iraqi health minister Jassim al-Falahi welcomed the move, saying, “The arrival of Chinese experts and medical equipment will enhance prevention and control of the coronavirus epidemic in Iraq,” according to Xinhua news.

China has vowed to “deepen its international cooperation in containing the outbreak and demonstrate itself to be a responsible major power,” according to recent statements by President President Xi Jinping to Communist Party leaders.

This after the epidemic inside China is widely believed to have peaked at this point (currently at about 81,000 confirmed cases), though this assumption among Beijing authorities remains anything but certain.